The erosion of Gibraltar’s old town is a reality; a trend of erosion that we urgently need to come to grips with. At yesterday’s Development & Planning Commission, a vote was taken to demolish what is arguably one of the most iconic façades in Gibraltar’s old town. Known as ‘Block E’ in Building Application 13316, this façade lines the lower western section of Castle Road with an arcaded frontage.

It is described in the 1982 SAVE report (a list of Gibraltar’s built heritage assets) as, ‘a major element in the architectural composition of the upper town’. The buildings have of course been empty for some years now, the last residents having left around 2009. Since then, they have been plagued by squatters and have suffered damage from fire and theft. In this period, the Gibraltar Heritage Trust has reported break-ins and security breaches to the relevant authorities, who always reacted swiftly to re-secure the buildings, however, the root issue was the need to give these buildings a use.

The 2009 Gibraltar Development Plan specifically covers this building complex stating: ‘POLICY OTK4 – Old Police Barracks: It is proposed to redevelop the old Police Barracks for residential and car park use subject to the retention of the building façades.’ This enshrined in policy a desire to retain the totality of the Police Barracks estate. In late 2012, the site was put out to Tender by Government for redevelopment and - in line with Development Plan Policy - the Tender was published ‘on the basis of retaining the existing arched façades’. The tender notice also stated that ‘evidence of financial resources of the applicants to undertake the development will be required with submission of tender’. Demolition of Block E flies in the face of these policies.

The Trust met many times with the successful tenderers (DECOR Construction Ltd) in the run up to the development application as it stands today. As with all prospective developments, the Trust’s aim is to achieve the retention of as much of the building as possible. At the heart of the proposals are Decor’s concept of ‘Liveability’ based on an admirable approach of creating a community asset not just for the residents of the site but for the area as a whole. On this basis we did not object to either the demolition of ‘Block G’ or ‘Building A’.

The justification for the removal of ‘Block E’ was not clear, other than the proposal to create a public space and wider pavement which would naturally be of value to the area, given the proximity to two schools. Recognising the value of a public amenity in an otherwise densely built area, we looked for another solution and asked that the feasibility of retaining the façade be explored, thereby providing the planned open space while maintaining the streetscape. This option was also strongly favoured by the Ministry for Heritage and was proposed at the March DPC meeting. The Trust was mindful the whole time of the fine balance required in order to achieve a feasible holistic plan for the estate.

The supposed conundrum faced here was that whilst this scheme posed an opportunity to address and rejuvenate a large historic estate in the Upper Town, the developer insisted that Block E had to be sacrificed due to the underlying financial feasibility of the entire scheme – even though this should have been addressed at the tender stage. It was confirmed at today’s DPC that the retention of the façade was technically possible but, Decor Ltd argued that, the structure required to retain it would be such as to make the proposed park area unusable. We remained unconvinced by these arguments and therefore the Trust was one of two votes against the demolition today. End result, this building is now on death watch. Fact.

What can be done to stop this from happening again? This building had all manner of protection in its favour other than listing, the implementation of which would have come with the new Heritage Act. A development plan policy, a clear Tender condition that expressly required proof of financial resources by the developer to retain all the facades and yet the demolition was approved on the grounds of economic viability of the entire project. Something has gone very wrong somewhere along the line.

The Police Barracks, Block E demolition is an example of the realtime issues being faced by heritage conservation in Gibraltar. In the last year for example we have seen the loss of the Risso Bakery and 10-14 John Mackintosh Square amongst others. Following on from full building approval last month, the DPC today also approved the demolition, with retention of façades in this case, of 44 Town Range. The Trust, although loathe to see demolition, did not completely oppose this application due to the need to find a solution to the condition of our urban fabric. Was this the right decision to make? Time will be the judge.

Future generations will review the decisions we make today with the benefit of hindsight, a luxury we do not have today. The Trust’s prime concern is the question of whether in our need to provide for our community and meet demands for homes and office space, are we short-changing ourselves in the long run? Given the pace of development are we on a downward spiral leading irrevocably to us losing our architectural identity? In the end, what Gibraltar do we want? High rise blocks in the heart of the old town that say nothing about who Gibraltarians are or where we have come from as a people? The Heritage Trust believes that we can have both, each in their set place and context. It is never too late to buck a trend, but the necessary line in the sand needs to be drawn today, and the imagination and cross-sector will to support it is crucial.

This opinion piece by GHT CEO, Claire Montado, was published in the Gibraltar Chronicle on Tuesday 28th April. 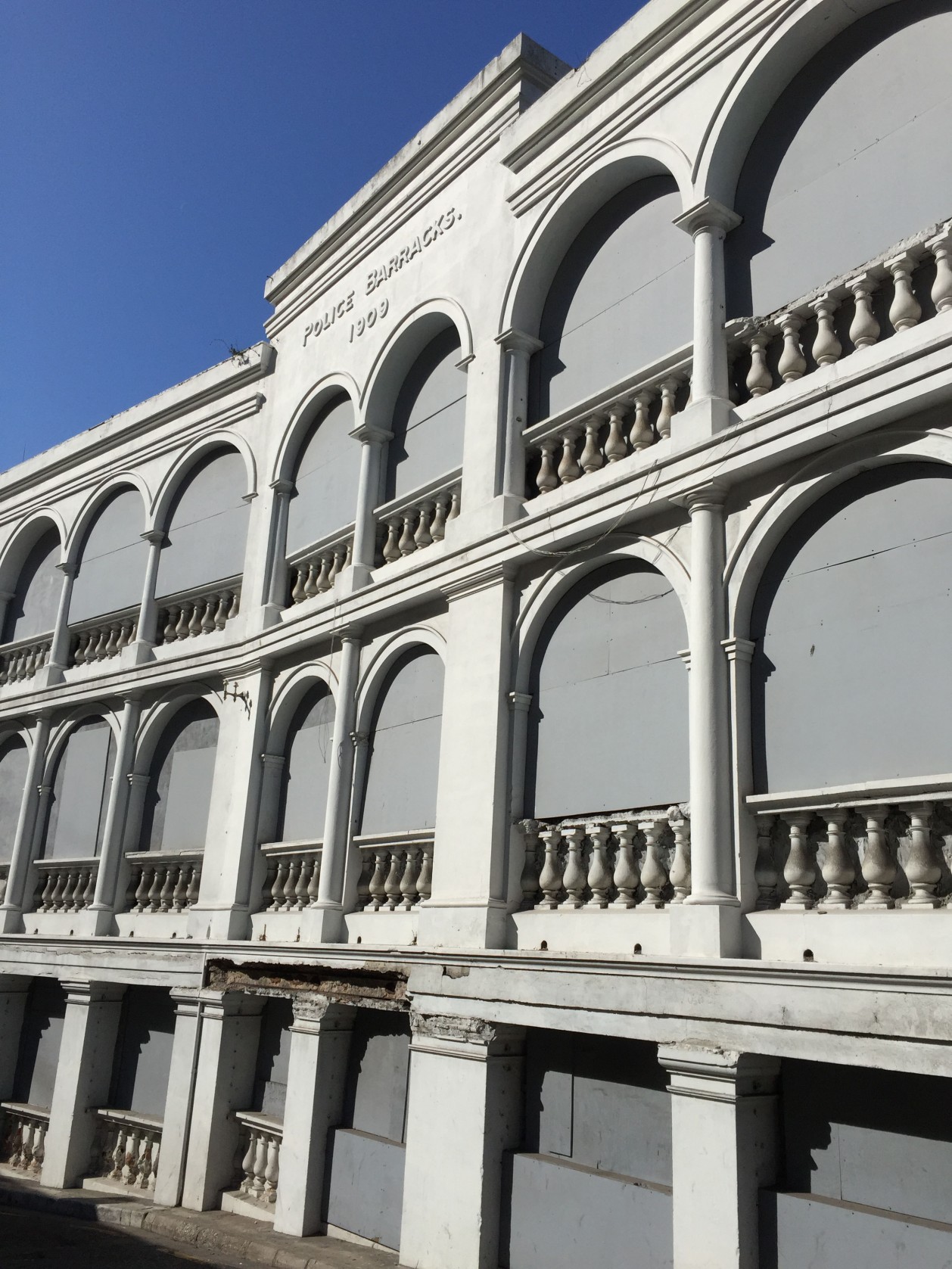