At a press call and unveiling event at Castle Street today, the Government launched a project that marks and preserves traditional street names on new street plaques. 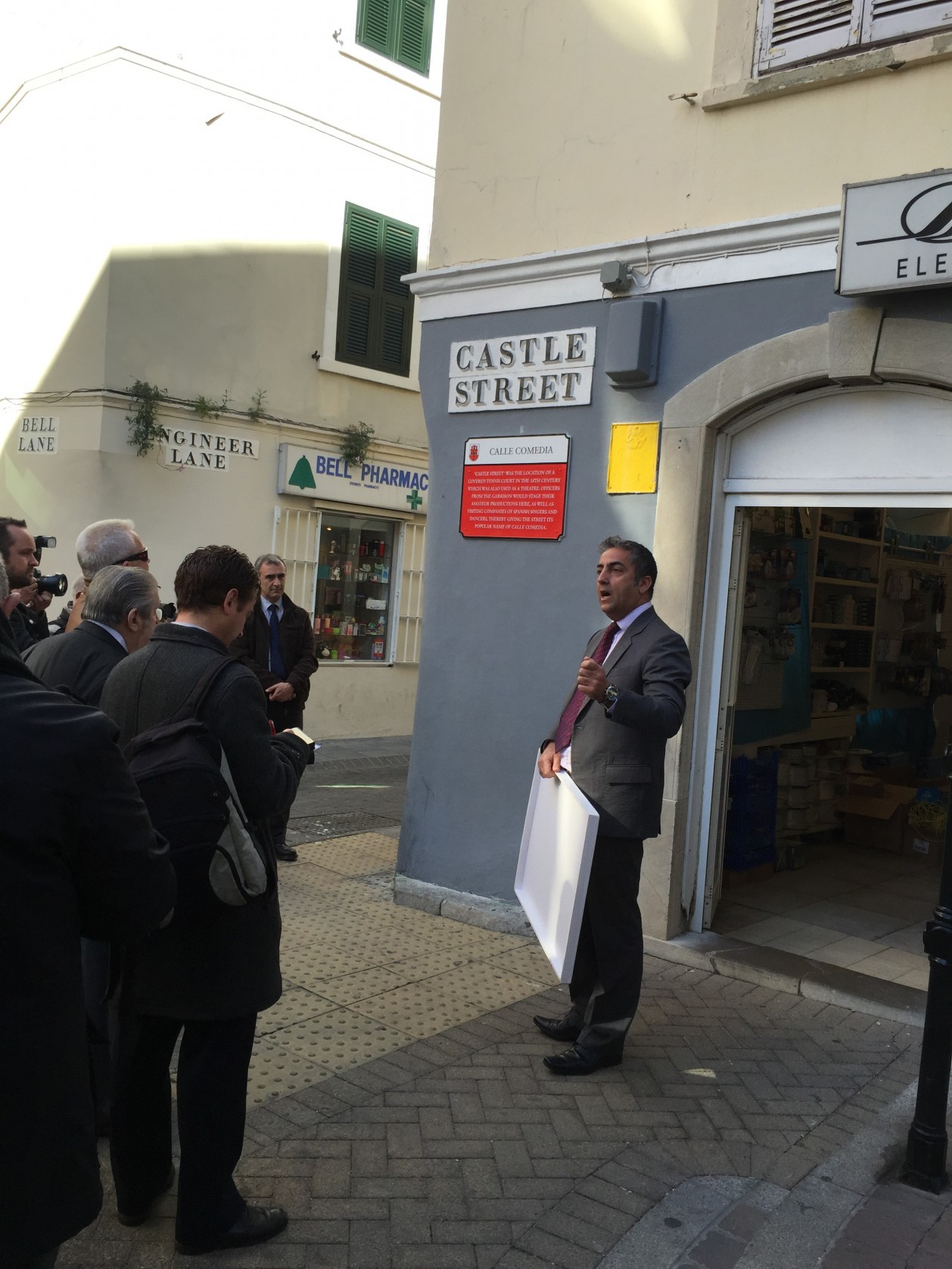 The press release launched by the Government states:

“In an attempt to preserve our local colloquial heritage regarding Gibraltar’s old street names, the Ministry for Transport, Traffic & Technical Services, which has responsibility for street signs throughout Gibraltar, has embarked upon a project which will see our old street names and a brief description explaining why these streets were named as such, engraved on new street plaques.

The Ministry has been working very closely with a number of prominent local historians and also with the appreciated support of the Gibraltar Heritage Trust, to produce a series of 6 street signs. The chosen locations for these signs, which fall within the City Walls, are considered the most emblematic. These new street plaques will be further complemented by way of a triptych, which is furnished with a street map with a suggested trail that will take you into the historic old town with short descriptions for the main stops on route.

This trail aims to give you a feel of the history of Gibraltar’s streets and the events and activities that led them to be known as they were in those days. The history behind our streets is so interesting that this could perhaps form part of the walking tour for those interested. Street names in Gibraltar became official in the 1870’s, when street signs (written in English) were first erected by the Police. Until then streets had no official name and were therefore referred to either by their function or relevance, after some landmark or building on the street, or after an important property owner living on that street. It is expected this will prove popular with tourists and locals alike. The triptychs shall be made available at all Tourist Information Offices.

In launching this initiative, the Minister with responsibility for Traffic, Transport & Technical Services the Hon Paul Balban said: “From the onset, this project has been met with genuine enthusiasm by all those asked to form part of the working group. The group agreed this part of our heritage was at risk of fading away as new generations seem to know streets by their present names and it is only by way of conversation with older generations they hear, La Cuesta de Mr. Bourne or Calle Cordoneros for example.”

The Ministry would like to take the opportunity to extend its gratitude to all those directly involved in the project and also to landlords for who have permitted for these signs to be erected on their building facades.”

Copies of the accompanying leaflet can be picked up from the Gibraltar Heritage Trust shop and exhibition area.