On Tuesday 23rd March 2022, the Trust, with the participation of the Royal Navy, the Royal British Legion, We Remember Submariners, and a group of British veteran submariners based in Spain, commemorated the sinking of HM Submarine H42, exactly 100 years ago off Europa Point.

The submarine was on exercises with other British warships when she made an unscheduled ascent into the path of the destroyer HMS Versatile. The latter was travelling at 20 knots when H42 appeared 120 yards in front of her. The Versatile was unable to avoid the collision and the submarinne sank almost immediately with the loss of all hands on board, 26 officers and men. It still lies south of Europa Point in the middle of the strait at a depth of about 900m.

The Gibraltar Heritage Trust was approached last year by William Price, the great nephew of the second in command Lt James Price DSC, to see if we could produce a plaque of remembrance to the submarine and its crew. We agreed to support this and organised the manufacture of the stainless steel plaque and the ceremony yesterday.

In an atmosphere more like the North Atlantic than the western Mediterranean, yesterday at 13:30, Father Danny Hernandez as Naval Chaplain led a short service of remembrance after the unveiling of the plaque by Mr William Price. Commander of British Forces and a number of Royal Navy officers and other service personnel also attended. During the ceremony, wreaths were laid around the plaque and 'The Last Post' was performed. A planned wreath laying ceremony at sea was cancelled due to inclement weather.

This plaque will continue to remind visitors to the area of the loss of 26 galant young lives in naval service even in peacetime, for years to come. 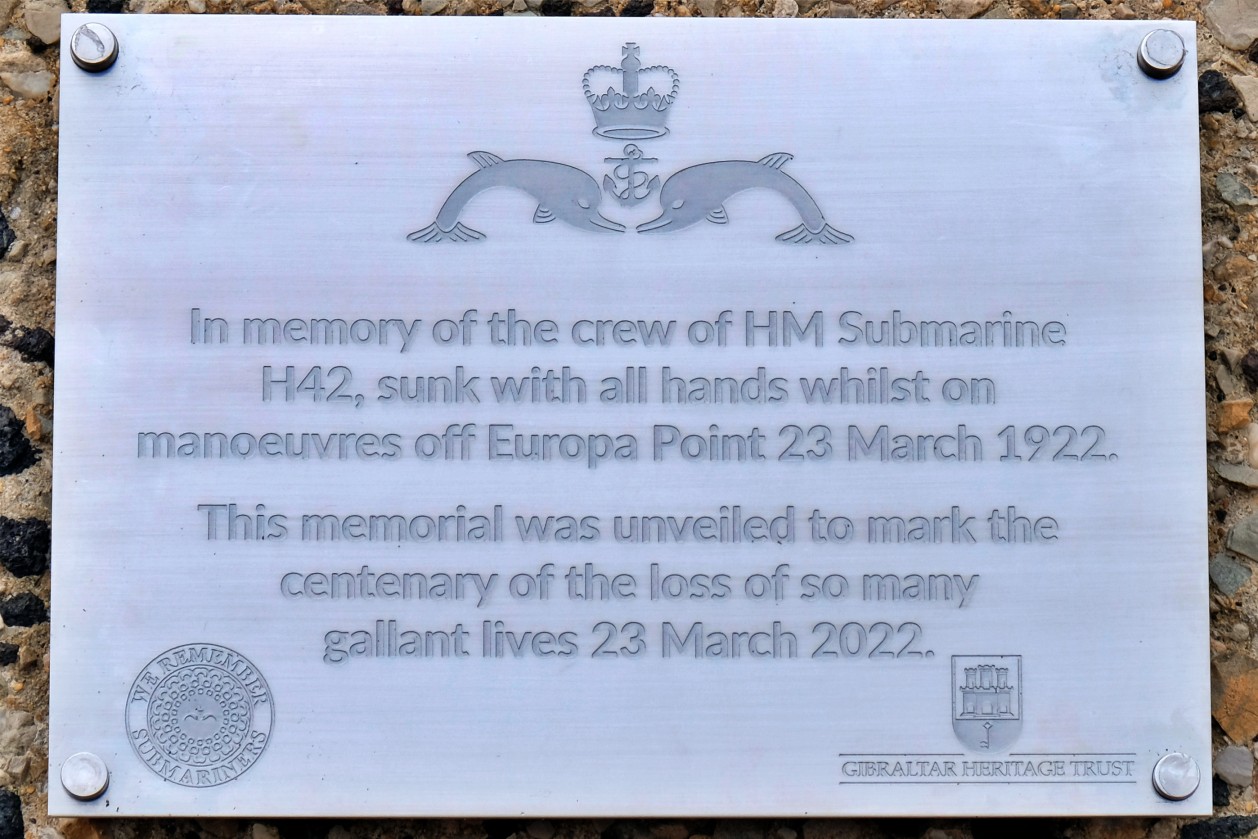 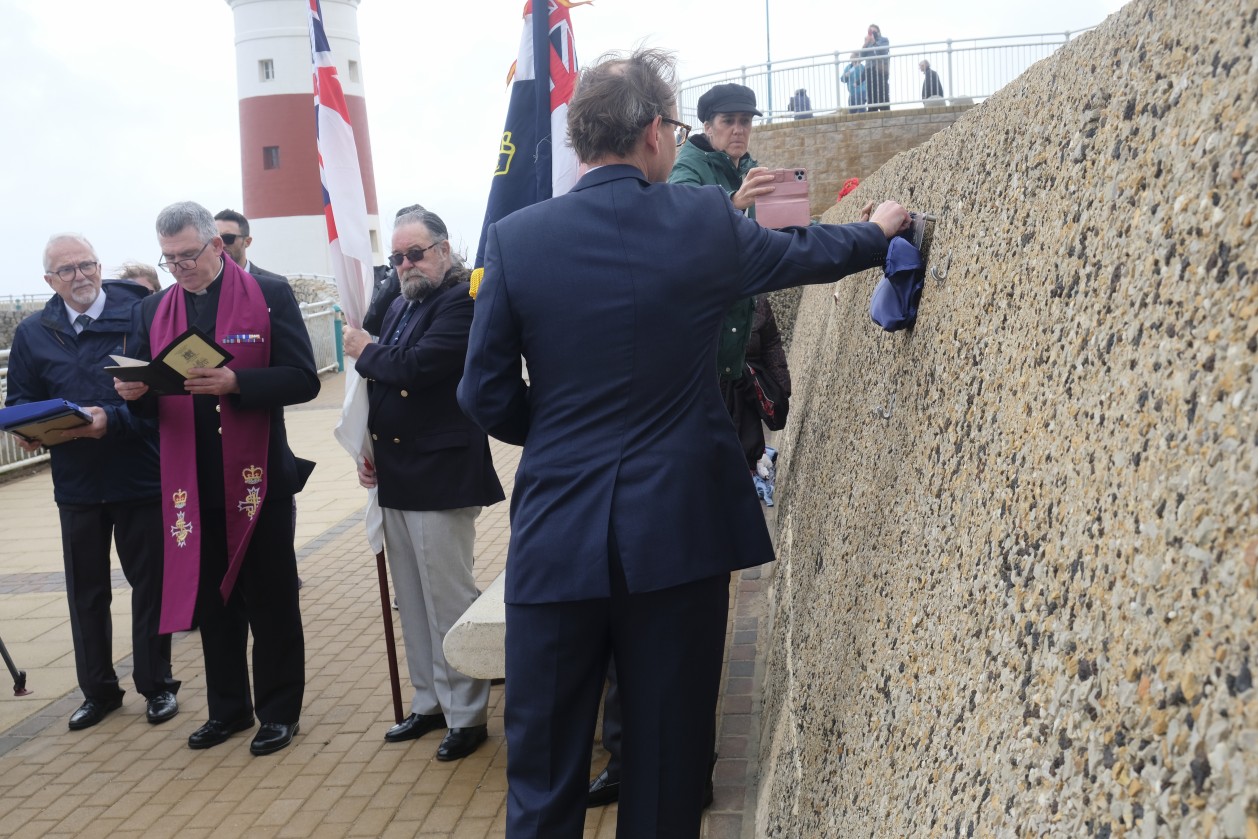 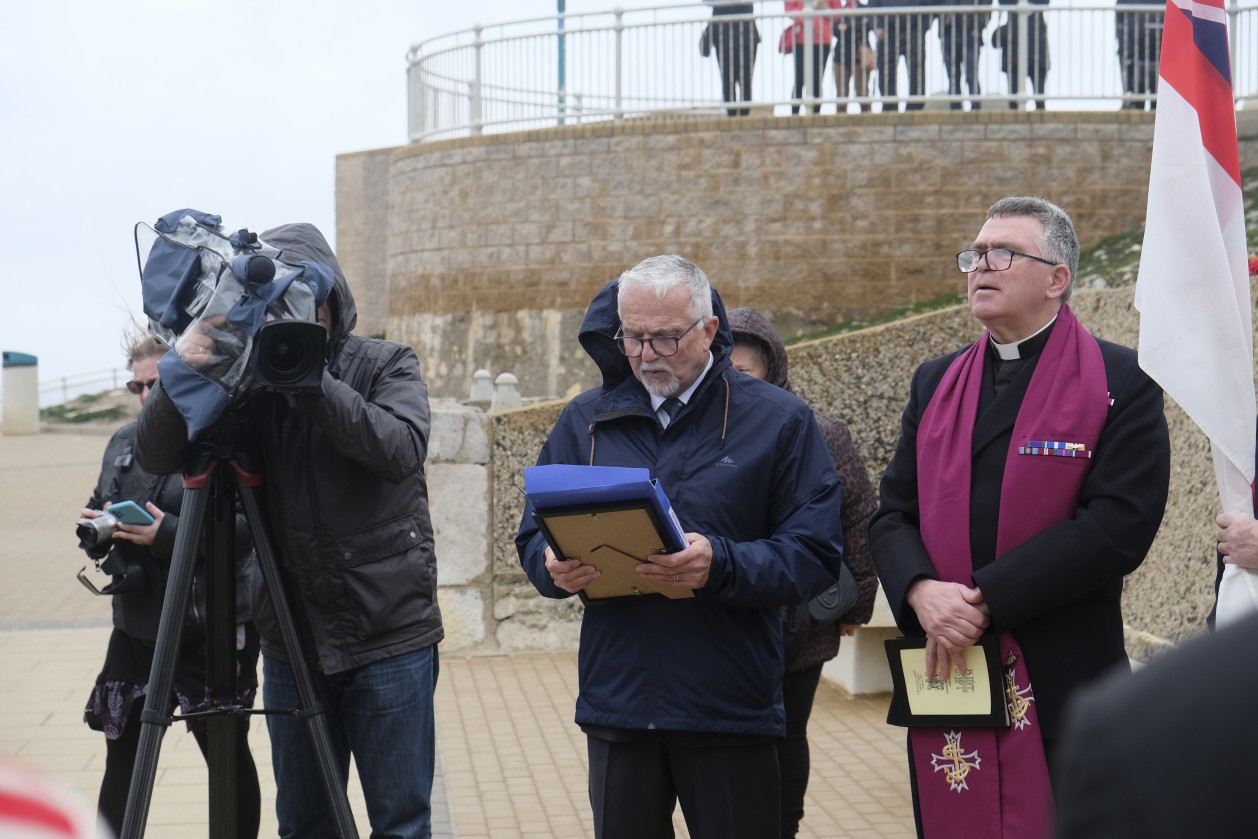 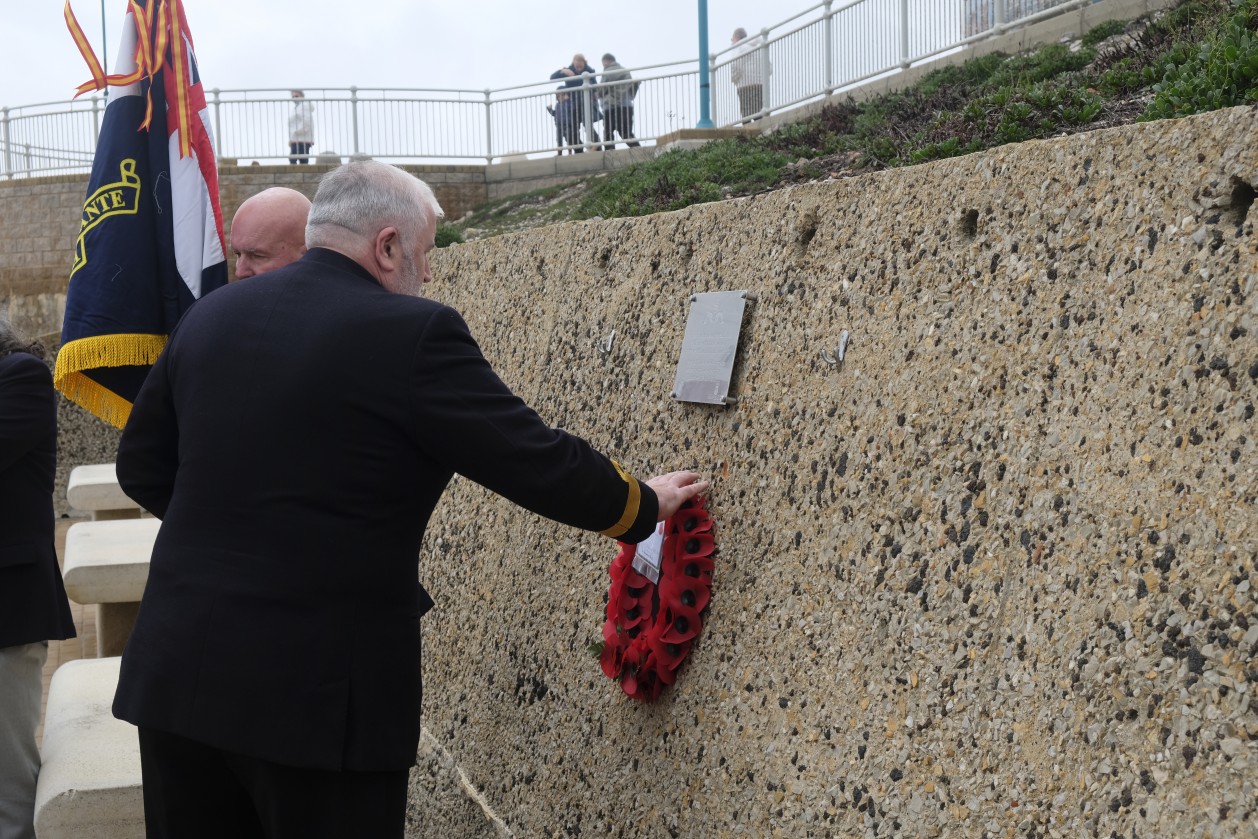 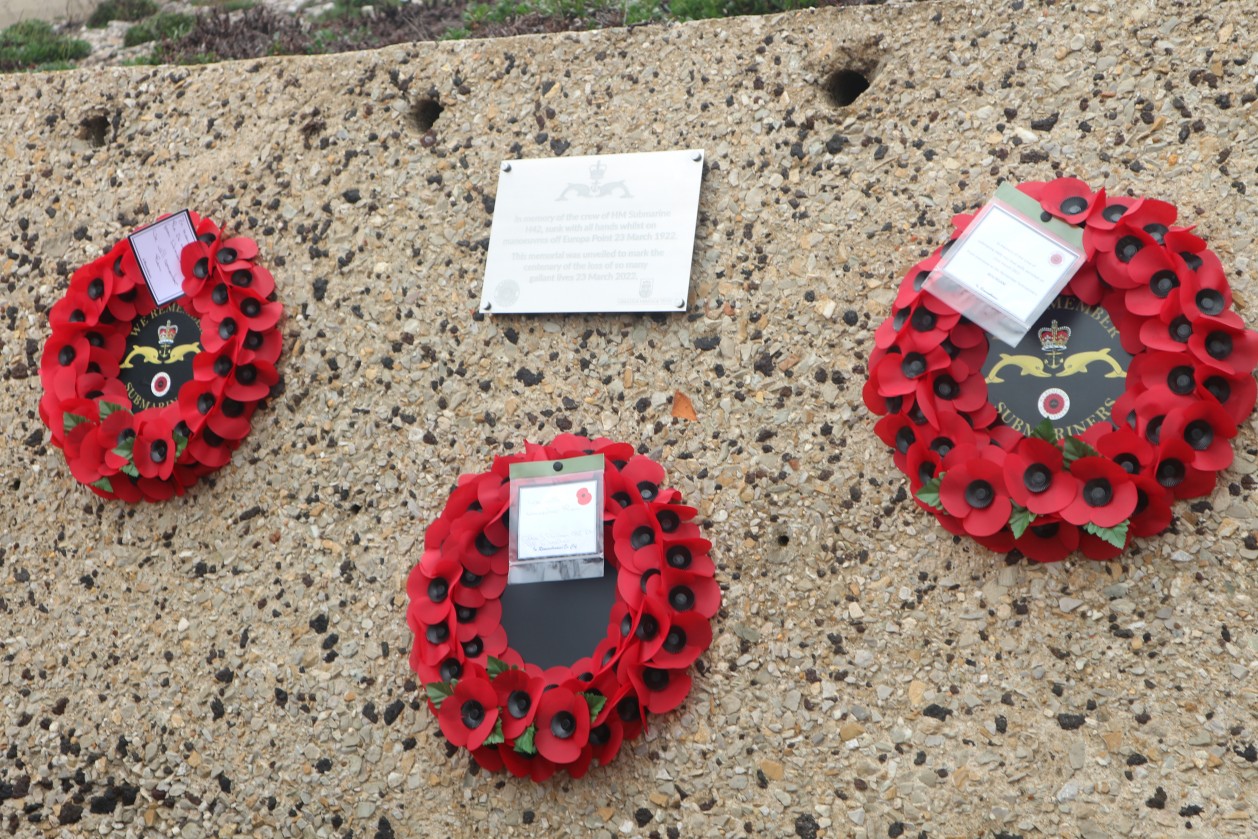