"An archaeological excavation was recently conducted at 10-14 John Mackintosh Square (ex-Ye Old Rock) by the developer Beattlenut Limited in close consultation with HM Government of Gibraltar's Heritage Department.
In total, evidence for 7 separate floors (5 of them composed of lime) where uncovered mainly spanning the 18th to the 20th Century (British Period). The lowest of these levels also had earlier finds dating to the Spanish Period (AD 1462-1704), including a 4 Maravedi coin dating to the reign of Philip III of Spain (AD 1598-1621). This  archaeological intervention provides an important snapshot of life and the development of John Mackintosh Square through time.
Given the nature of the development, preservation was by record (rather than in-situ) to which the developer – Beattlenut Limited – readily agreed to, with all costs being donated by the Parasol Foundation Trust.
In sum, it was a very successful collaboration which once more demonstrates that development and heritage can work well together towards uncovering our heritage, history and archaeology." 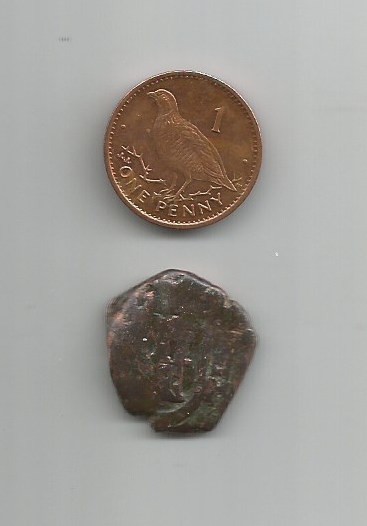