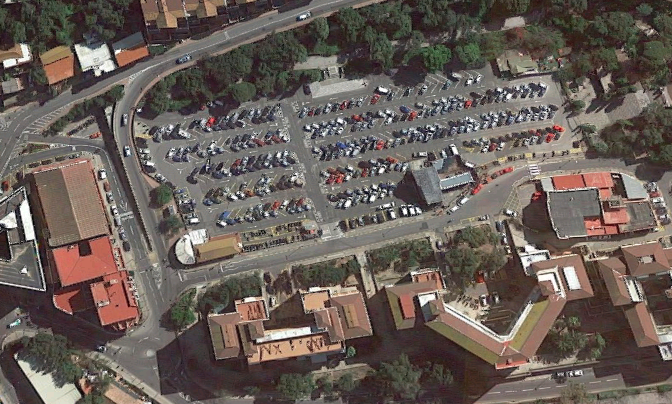 HMGoG’s announcement late last week of a scheme to double parking provision in Grand Parade has been greeted with surprise within the Gibraltar Heritage Trust.

The scheme as proposed will obliterate a large open space which has heritage significance as a parade ground and site of military and community focus and activities as well as its importance in the setting of the Gibraltar Botanical Gardens- an important green area and amenity for Gibraltar. Additionally, the area was used as a burial ground well into the 18th Century so any development of the site would need to factor in an archaeological excavation. In fact, the Grand Parade was proposed for listing within the schedules of the forthcoming Heritage Act, a document which we are constantly told will be published ‘imminently’.

We must state that the Trust is not opposed to the provision of more parking in this area and we also recognise that there will be significant public support for the provision of such, but we believe that such large-scale schemes should come about as a result of wide scale consultation and with reference to a holistic planning scheme. This scheme in particular has not been alluded to in any manifesto nor more importantly in the recently (March 2017) launched Sustainable Transport and Traffic Plan. Neither has there been any consultation of the Trust as a Statutory Consultee to the DPC prior to the announcement of the scheme.

We believe that the announcement of this scheme in this way shows a total disregard for the historical value of the site and the meaning it has to different sectors of our community. Why can’t the car park and proposed units be built below ground – subject to Environmental Impact Assessment findings and recommendations – and the open space be retained, landscaped, improved and kept as an open area?

Whilst the Trust sees the case for parking provision in this part of Gibraltar, it remains shocked at the manner with which the scheme was launched leading with the line that ‘the number of parking spaces at Grand Parade are set to double’.  In doing so the Trust believes that the Government is devaluing the Planning System and processes it has worked so hard to bring to the public attention and the input of the professionals, NGOs and community members who work to improve standards and feed into the system on a daily basis.

The Trust is frustrated at the inconsistencies where consultation is forthcoming and in the spirit of constructive criticism with GoG in some cases being robust in its defence of heritage principles (eg. the MOD Gatehouse) and then in other instances rides roughshod over its own rules (eg. Ince’s Hall street art) and procedures. We hope that we will be proved wrong and proper procedures (and sense) will prevail in this case. In the meantime HMGoG should suspend the further progression of this above ground scheme and look to other options.