The 9.2 inch Gun Barrel, carriage and pedestal which have long since resided in Metalrok Eco Park along Flint Road have now been transferred to Europa Point Eco Park.

The move was carried out in two stages.

The first phase of the operation involved Metalrok clearing the area around the gun pieces in order to allow Monteverde & Sons’s service vehicles access to the pound. Monteverde service vehicles lifted and transported the gun carriage and pedestal pieces from their present location to a temporary holding location at the Brewery Crusher eco site. This part of the operation was carried out on Monday 31st January 2022. 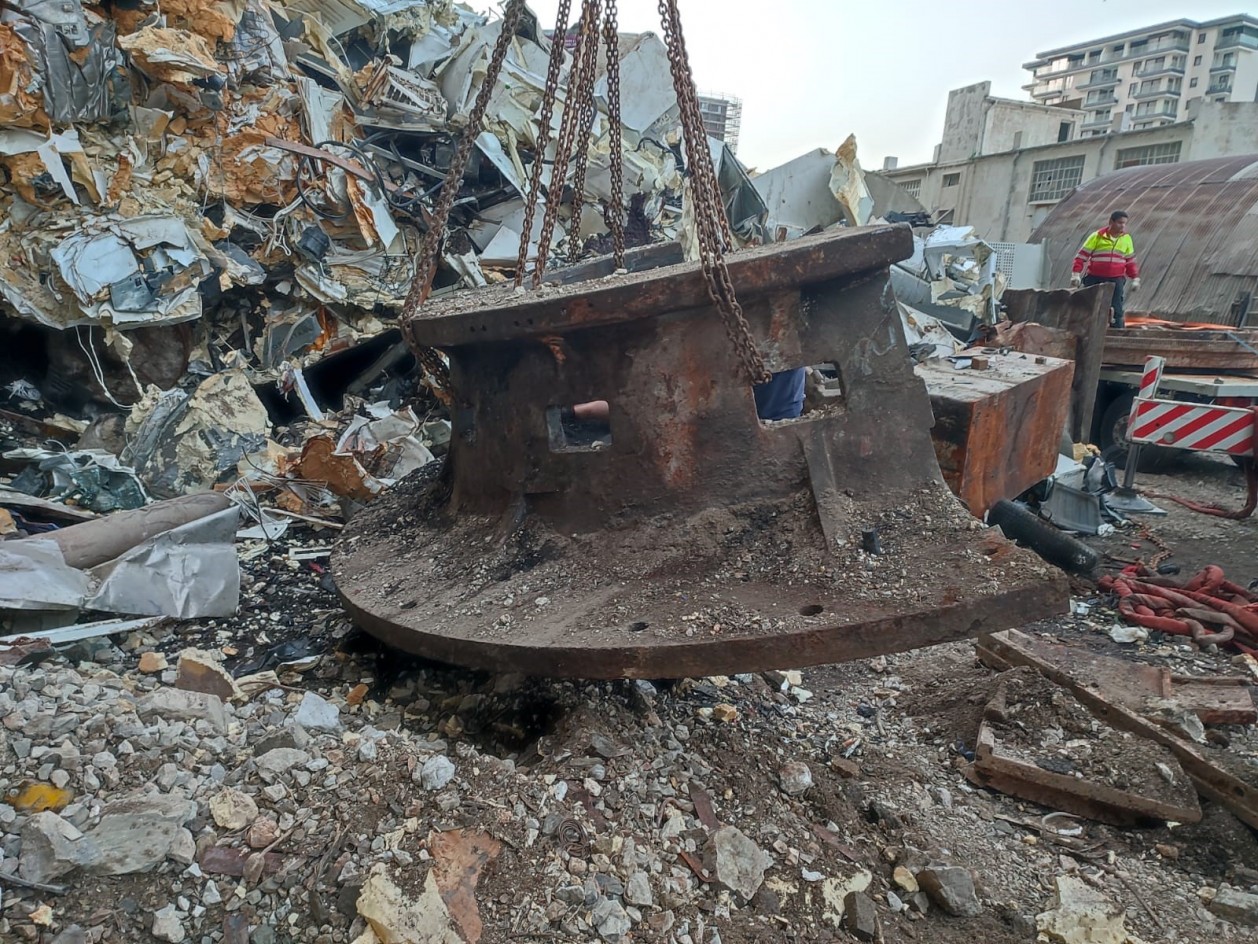 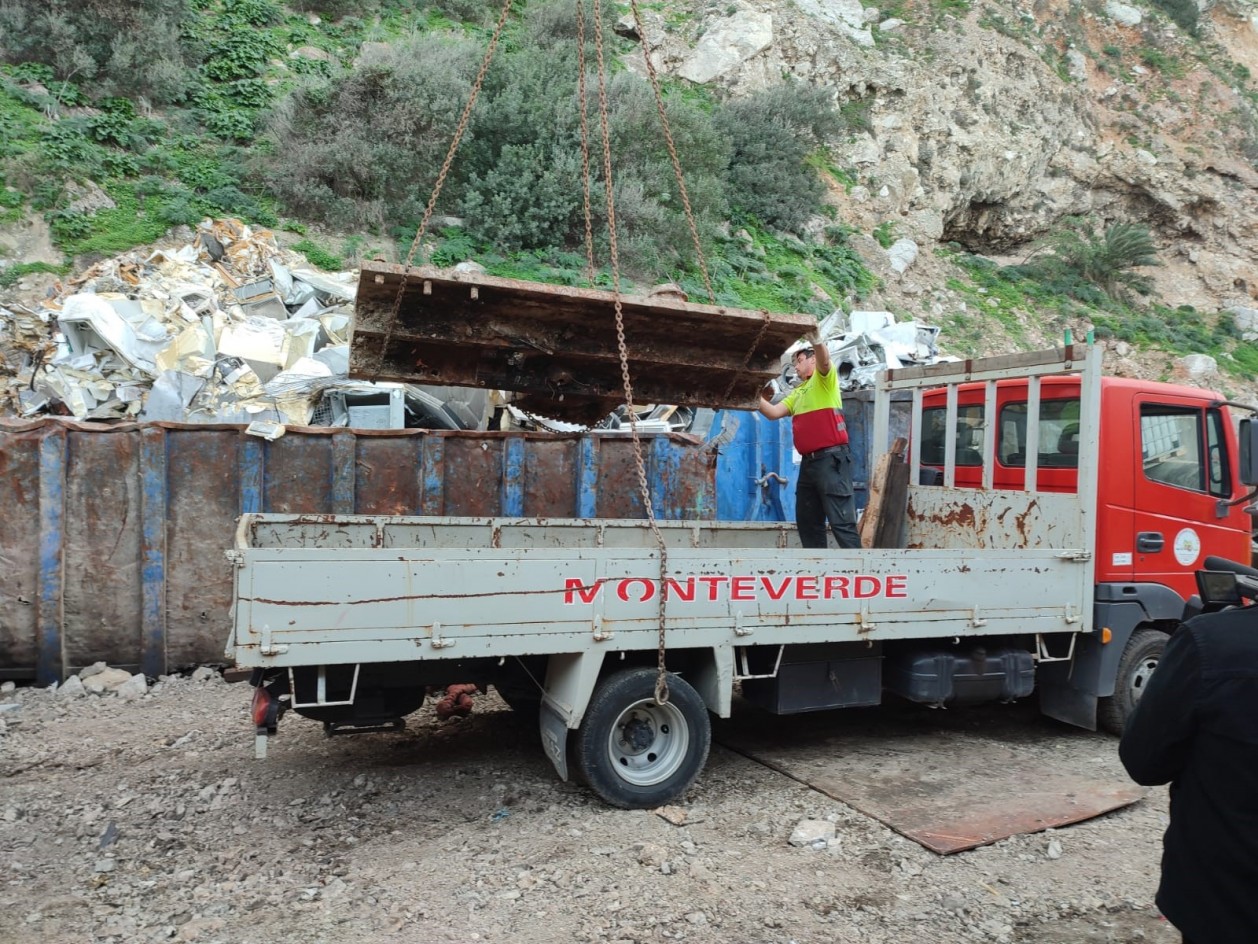 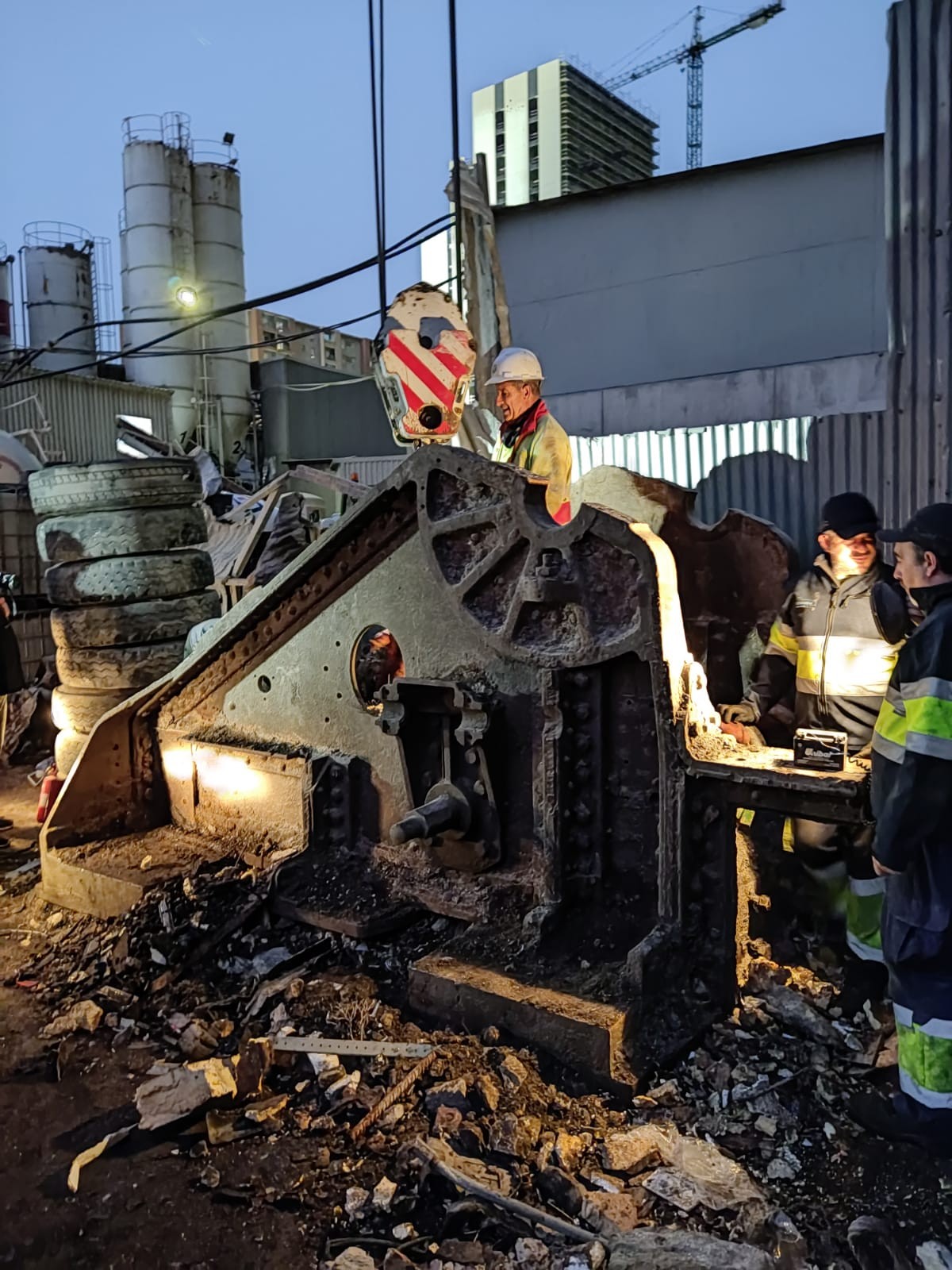 Phase two of the operation, was completed on the evening of Tuesday the 15th of Febraury 2022. This part involved lifting and transporting the much longer and heavier gun barrel. Although the process was considerably complicated due to the logistics, its weight of 32 tonnes, and length of the gun barrell, it was successfully moved to Europa Points's Brewery Crusher site where it awaits the first stages of restoration. This was the first time the gun barrell had been lifted in such a way, since its arrival in the scrapyard in the 1950s.

The 9.2-inch guns were 'counter-bombardment' weapons designed to defeat ships up to heavy cruisers armed with 8-inch guns. They were deployed in the fixed defences of major defended ports throughout the British Empire until the 1950s. Up to fourteen such guns were deployed for the defence of Gibraltar during WWI of which eight were still in use during WWII. 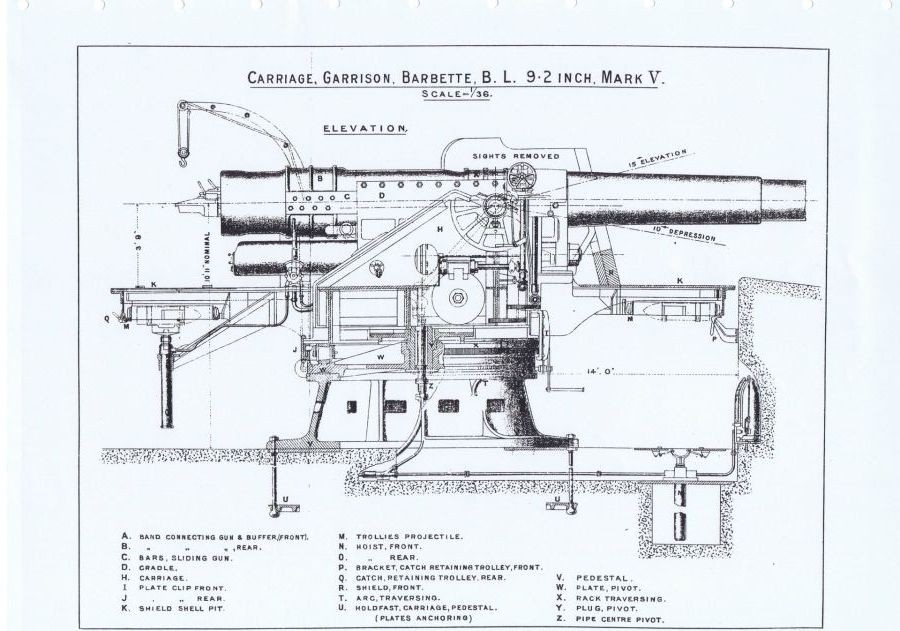 These guns were finally decommissioned during the 1950s. In 1972, the Levant Battery gun pieces were removed by the Royal Engineers to be sold as scrap. A few years later, the entire gun and mounting at Spur Battery was also dismantled but this time transferred to the Imperial War Museum Duxford in Cambridgeshire, England in a military operation referred to as Project Vitello.

During the last twenty years, numerous groups and individuals have campaigned for the restoration of this iconic artillery piece but with little success until now. The Ministry for Heritage, supported by the Gibraltar Heritage Trust and in collaboration with Metalrok Ltd and Montverde & Sons Ltd have finally made what was once considered a pipe dream into a much- awaited reality.

On site for the move was Trustees Francis Silva, Pete Jackson, & Ray Payas, as well as Dominic Lopez, the Government’ archaeologist at the Ministry for Heritage, and his colleague Keith Sheriff, and other interested parties. 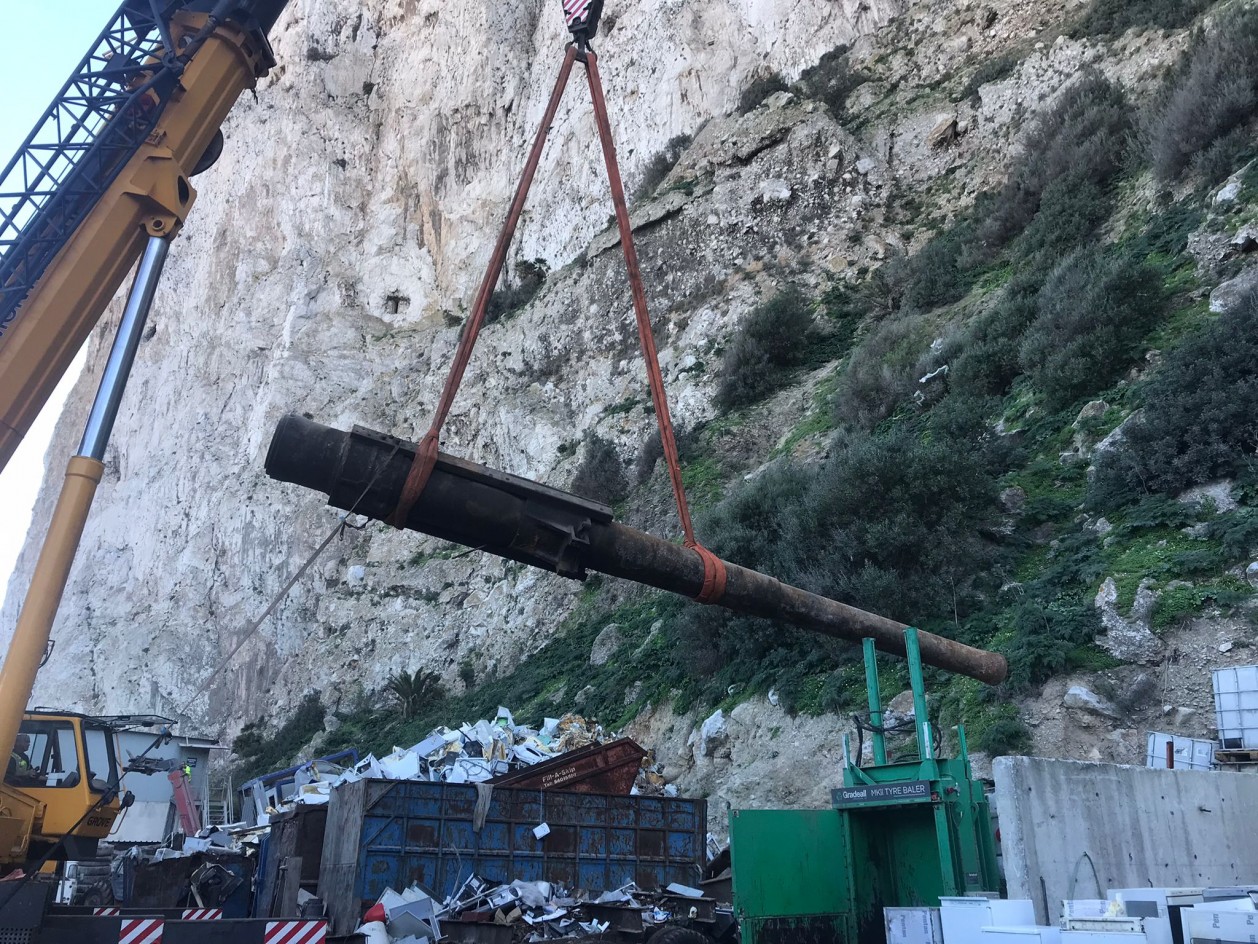 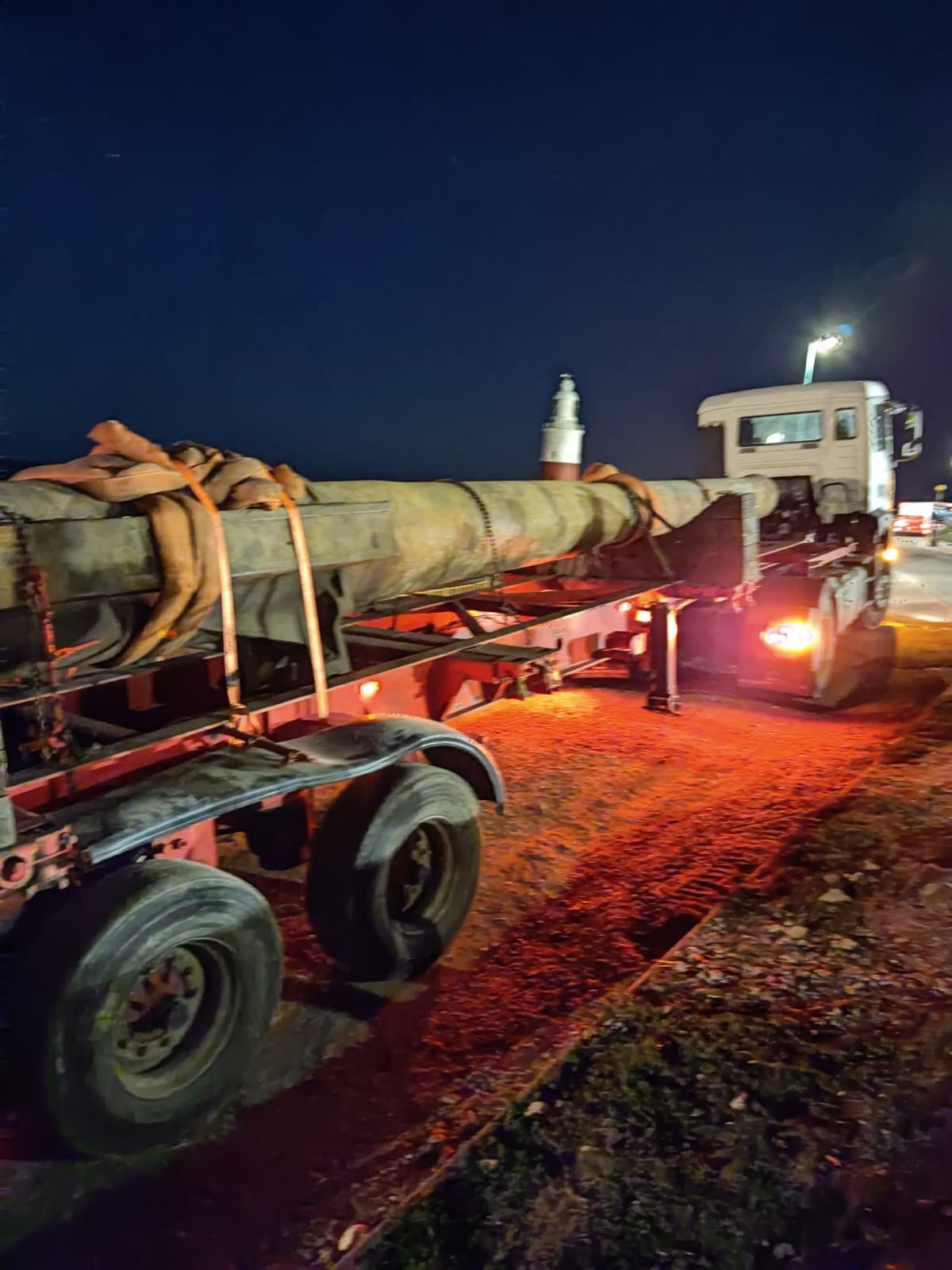 Among them was Elias Tapiero, the managing director of Metalrok and son of the late Elias Tapiero Snr, who has returned the barrel and other elements that make up the gun to the people of Gibraltar.