We are pleased to see the completed transfer of the last 25 pounder QF Field Guns from the Royal Gibraltar Regiment as an addition to Gibraltar’s heritage assets. These are now on display at the 100 Ton Gun visitor facility at the south end of Rosia Road.

The 25 Pounder QF Field Gun was the major British field gun and howitzer during the Second World War. It was introduced into service just before the war started, combining both high-angle and direct-fire abilities.

The first 25 Pounders arrived in Gibraltar in June 1941 and operated by the 18th Defence Regiment RA. In total ten pieces were deployed to the Rock by 1942.

It remained the British Army's primary artillery field piece well into the 1960's, with smaller numbers serving in training units until the 1980’s.

After WWII, eight 25 Pounder Field Guns were retained and these took over the saluting duties formerly performed by 18 Pounder QF Field Guns firing from King’s Bastion. These duties were later transferred to the Gibraltar Regiment who used the Devil’s Gap Saluting Battery for this purpose until the 1990’s, when they were finally decommissioned. Six were returned to the UK, one transferred to the Government of Gibraltar for display at Hay’s Level and one retained by the Royal Gibraltar Regiment to be adapted for use for military and state funerals. The coffin platform, which is still mounted when the gun was transferred to the Ministry, will be retained and the gun, with its accompanying interpretation, will now be displayed at the 100 Ton Gun.

The funeral gun carriage has been used on for three funerals: that of Captain Frank Galliano on the 24th February 1992, Sir Joshua Hassan on the 1st July 1997 and most recently for the funeral of Col. Arthur John Ferrary, OBE on the 4th October 2006.

Meanwhile, the second 25-pounder field gun inside the WWII tunnels in Hay’s Level, which has suffered from considerable deterioration from the dampness and humidity, was conveyed on the same day to the Gibdock facilities for a complete water blasting treatment of all the metal surfaces, followed by re-priming and re-painting of the entire gun.

Under supervision of our Trustee Pete Jackson, the gun has now been fully restored and with the assistance of some volunteers from the Gibraltar Army Cadets and takes pride and place in Napier of Magdala Battery. 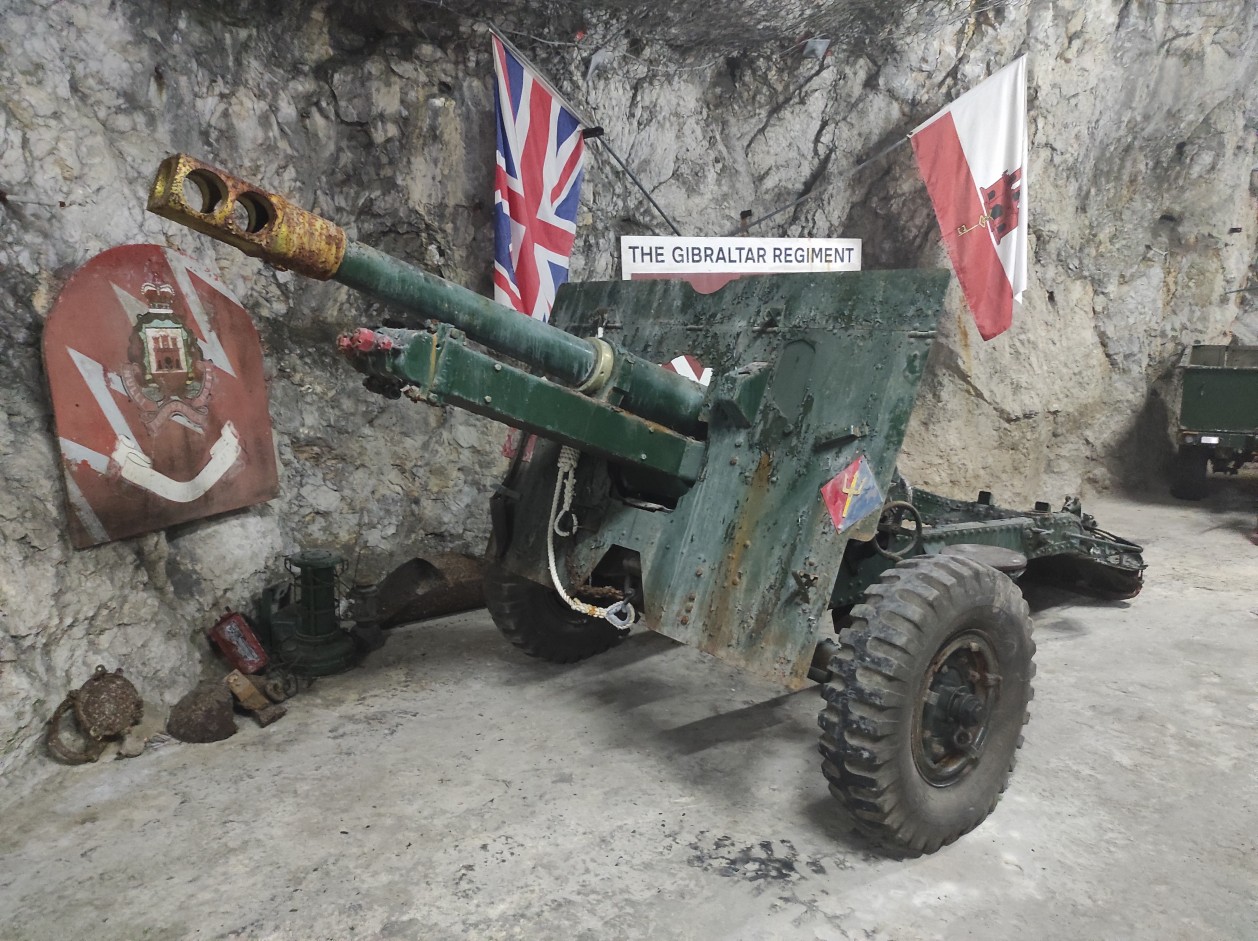 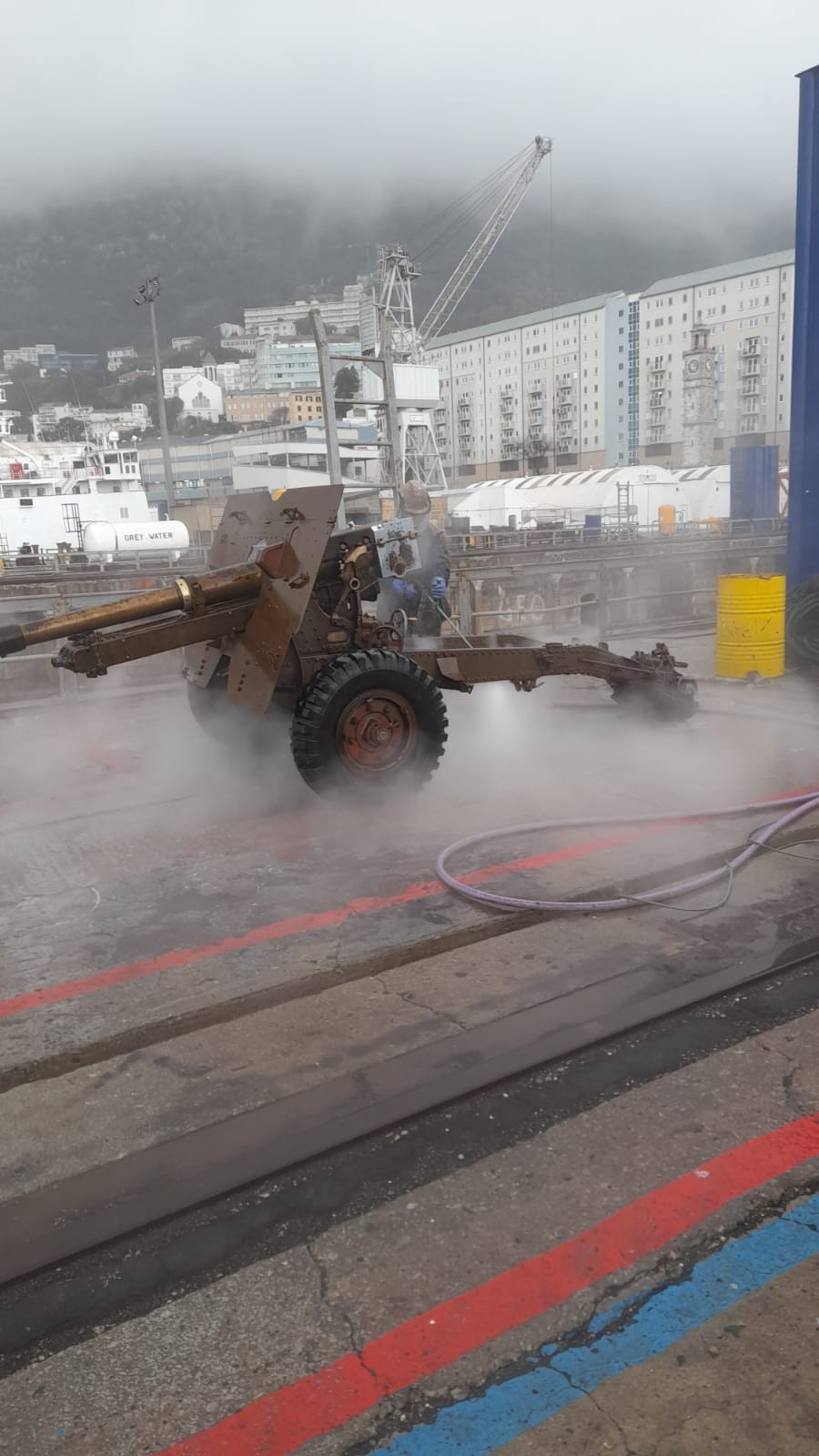 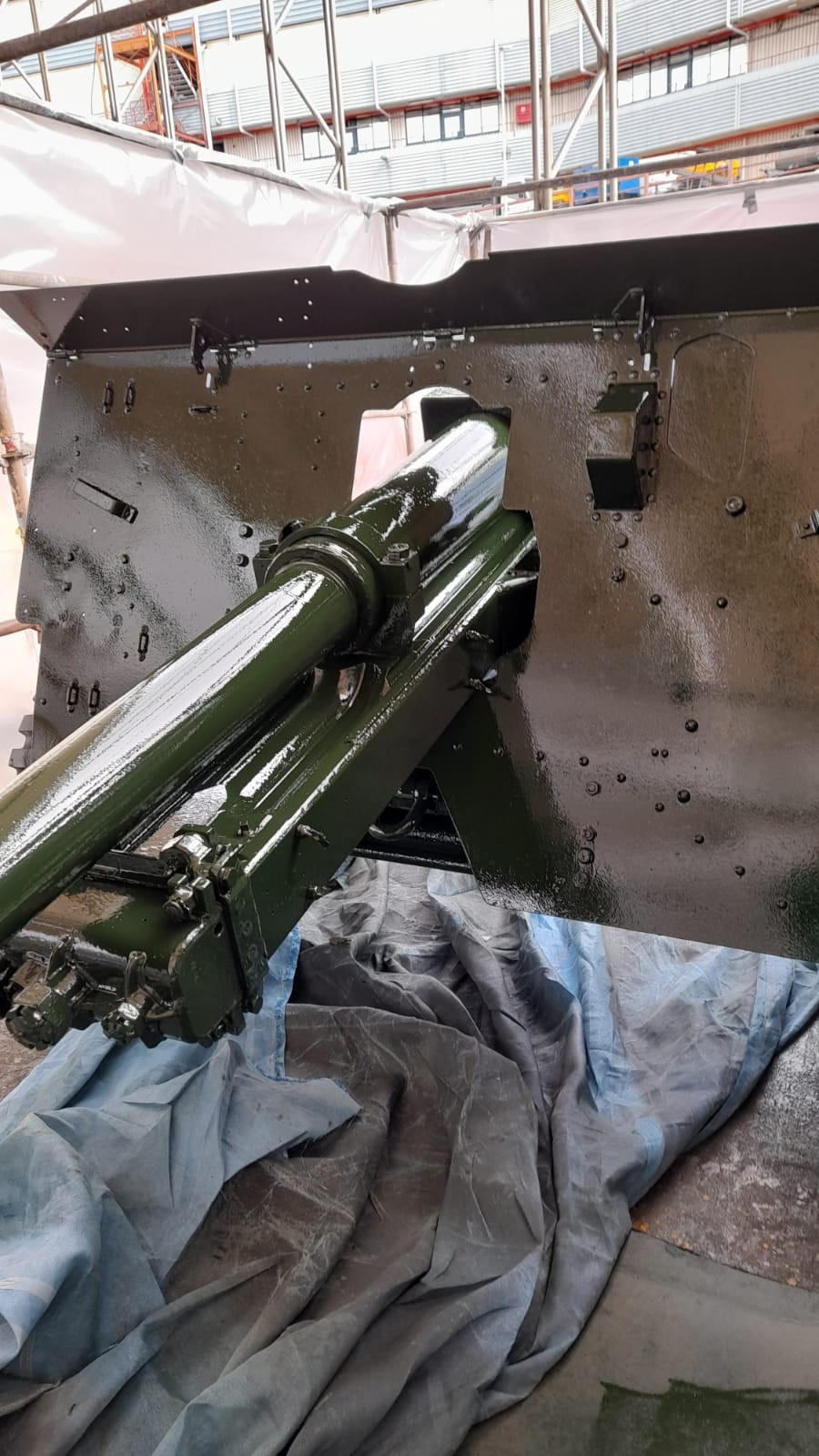 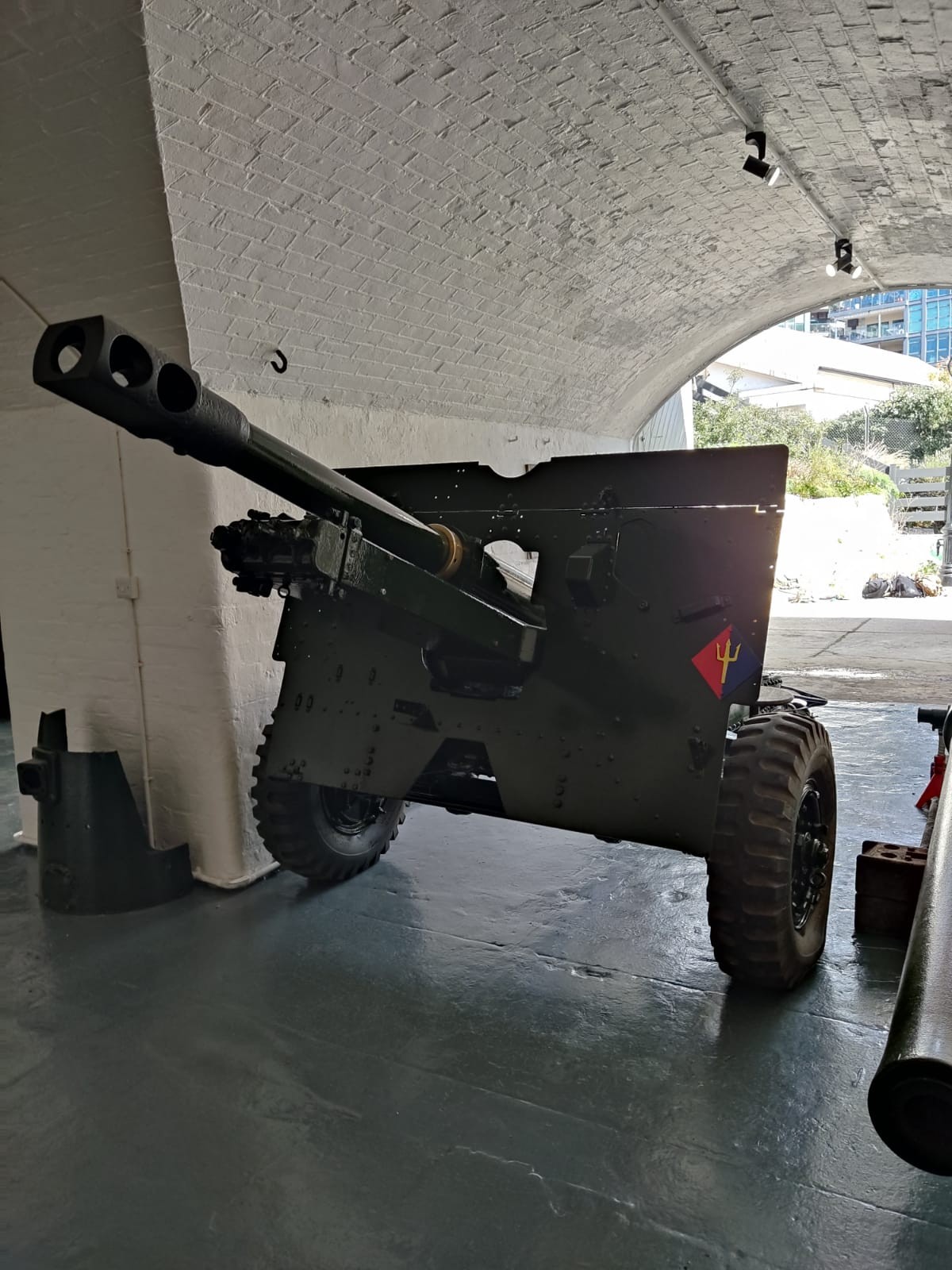