Parson’s Lodge Opens its Doors, With a Strong Educational Focus 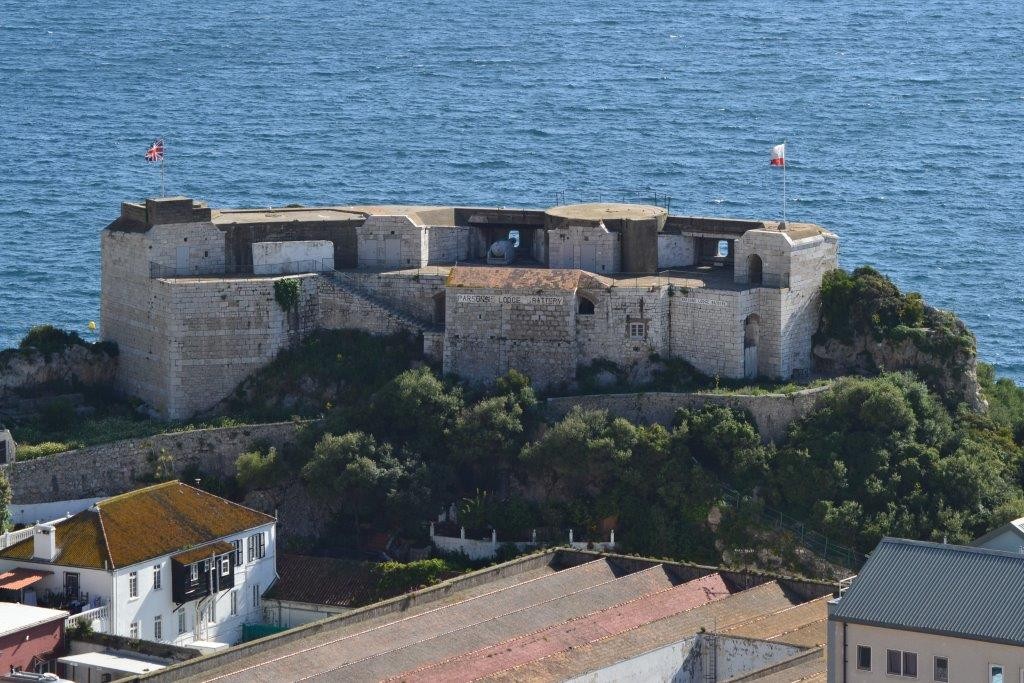 Parson’s Lodge is a well-preserved Victorian coastal battery, located at a site of the 13th Rosia Battery which dates to the 18th Century. For many years, the Gibraltar Museum has had its field station at Parson’s Lodge, providing accommodation for visiting scientists when undertaking research in Gibraltar, for example during the excavation season at Gorham’s Cave, and it is also used as an outdoor experimental archaeology site.

The site’s potential extends beyond its current function and, with Government’s support, the Gibraltar Museum has been taking active steps to maximise the site’s potential. Apart from the battery itself, Parson’s Lodge is located on a promontory of tectonic breccia which includes the famous Rosia Breccia fossil site. This site was studied by the leading international scientists of the 18th Century and is the type locality of an extinct species of rabbit – Prolagus calpensis - which carries Gibraltar’s name in recognition of the discovery. In addition, the promontory includes a well-preserved Olive Maquis habitat which is a stop-over site for many migratory birds in spring and autumn. The habitat itself includes many plant species which were known to have grown on the Rock as far back as 100 thousand years ago, when Neanderthals lived on the Rock.

The Gibraltar Museum’s Parson’s Lodge project includes a series of phases, with the first one having been completed and the second will be implemented before the end of the year. The first, and necessary step, was to repair and make safe all the areas before they were opened to the public. A Health and Safety report was commissioned and remedial steps have been completed making it possible to open areas of Parson’s Lodge to the public under supervision. It is expected that the site will be opened for guided tours early in 2016 but such tours will be made available to residents with immediate effect. Initially, tours will take place three times a week with the Gibraltar Museum’s senior guide. Visits for residents will be free of charge. There may be a need for a waiting list if the initial demand is high.

The next step will be the use of Parson’s Lodge as an experimental archaeology facility for schoolchildren. This is expected to be available to local schools early in 2016. For many years local schools have visited sites in Spain for this purpose, but the Gibraltar Museum now has trained archaeological staff and Gibraltar will now be able to offer this facility to its schoolchildren. This aspect is being linked to the current bid for UNESCO World Heritage Status: Parson’s Lodge is the ideal site to interpret the world of the Neanderthals in context and is the ideal place to have an educational archaeology facility. However, the facility will go beyond the study of Neanderthals and workshops on Phoenicians, Moorish Gibraltar, British fortifications and local ecology, among others, will be offered.

As the project develops, the Gibraltar Museum hopes to further enhance the site, for example with life-size models of the animals that once lived on the Rock at the time of the Neanderthals. Commenting on the work done so far and the exciting plans for the near future, Gibraltar Museum Director Clive Finlayson said that he was delighted with the progress which had been made, which had to do directly with the government’s support for the World Heritage Bid. He added “this is a perfect example of how the bid can act as a focus from which projects looking at our wider history and heritage, as well as our natural history, can emerge. The strong educational focus is a clear
signal that the future of our past lies not just with the young generations of upcoming scientists, historians and heritage managers but also with a wider public who will embrace all tangible expressions of their identity from a position of knowledge”.