Funded by the Friends of Gibraltar, the Gibraltar Heritage Trust in collaboration with His Excellency the Governor, his staff and HM Government of Gibraltar Ministry for Heritage have recently restored a series of Sixteenth Century Frescos at The Convent.

Dating to the 1530’s, these frescos were in the refectory of the old Franciscan monastery. Following the British conquest of Gibraltar in 1704, and especially following The Convent’s conversion into the Governor’s official residence these frescos were forgotten and covered over by plaster and paint. Rediscovered in 2004 during routine works, in 2016 funding was secured from the Friends of Gibraltar for their complete restoration. This work was undertaken by Ms. Ainoa Rodríguez Rueda, a professional conservator of the Escola Superior de Conservació i Restauració de Béns Culturals de Catalunya, Barcelona. The historical research was compiled by Dr. Kevin Lane, Mr. Ryan Asquez and Mr. Manolo Galliano. Scaffolding for the works was installed by GibScaffolding Ltd.

This restoration project has brought to light the only early post-medieval frescos depicting human figures found to date in Gibraltar, depicting seven saints or blessed of the Franciscan order, including St. Francis of Assisi, St. Anthony of Padua and St. Bernardino of Siena, among others. The fact that they have survived for over 500 years is remarkable. Furthermore, the scale and detail of these frescos reflects on their importance and expense, underlying the fact that Sixteenth Century Gibraltarian society was both opulent and vibrant. It is possible that further frescos may still exist in adjoining rooms, this will form part of future investigation. The official inauguration of the frescos took place on the 2nd February. 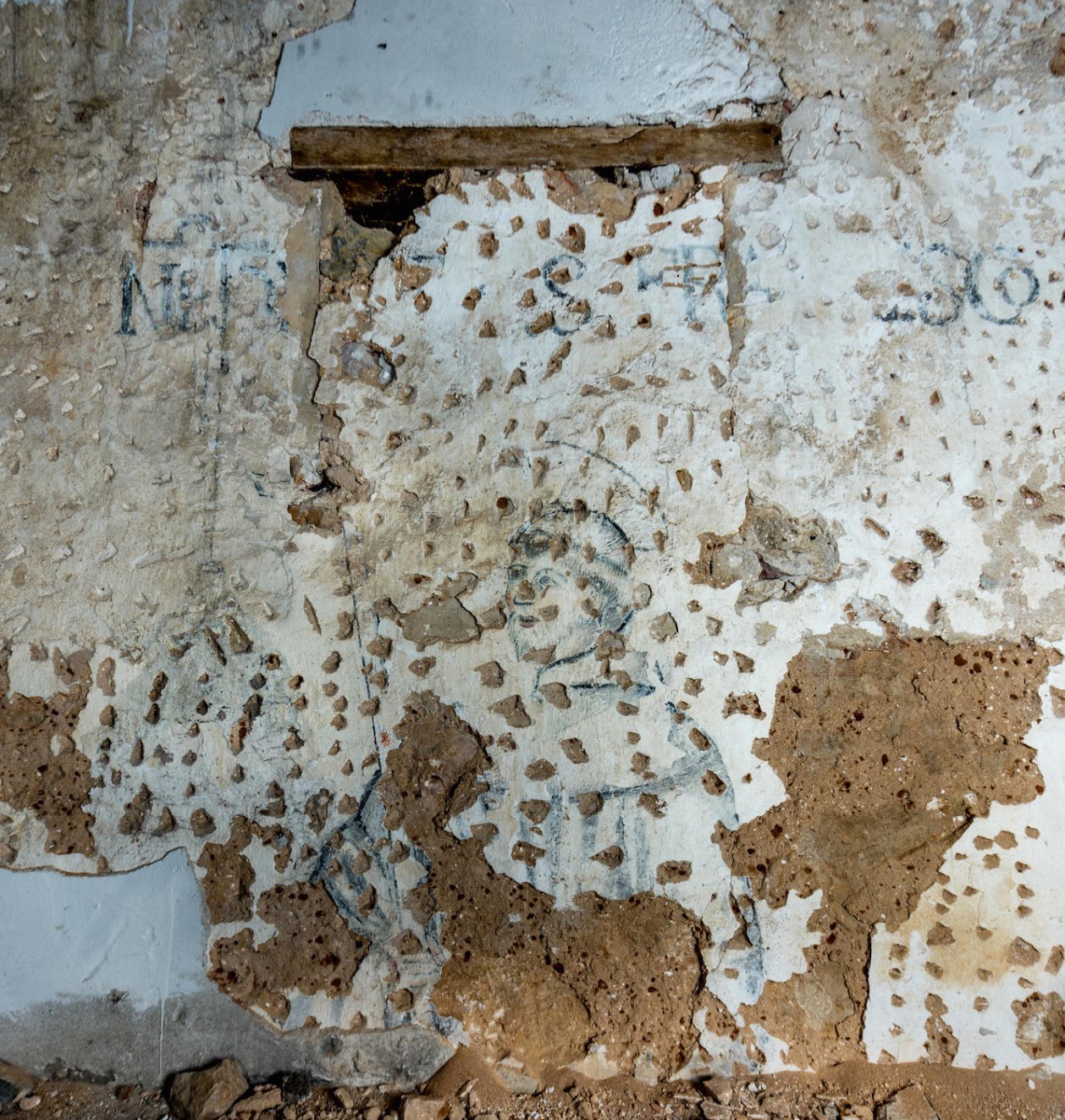 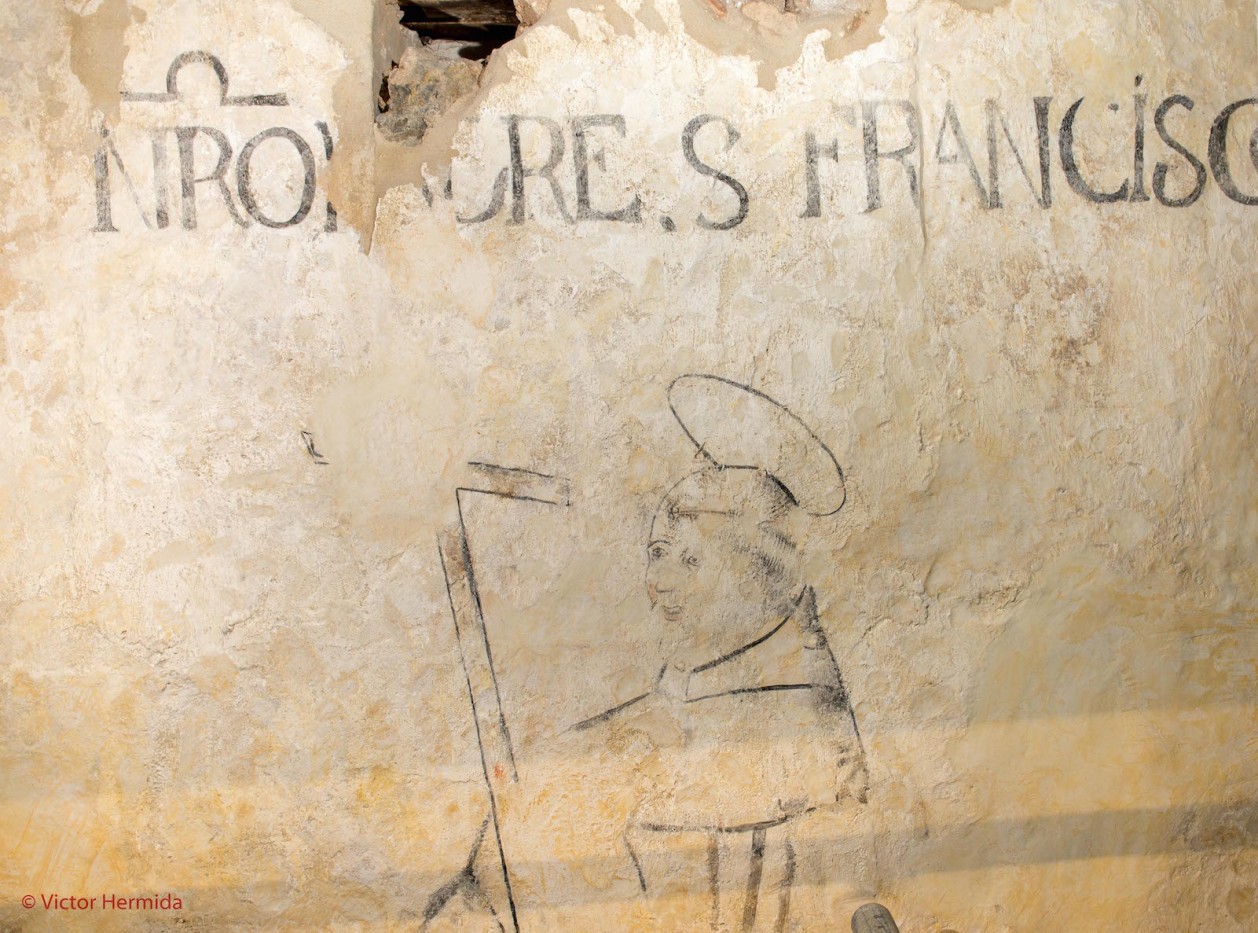 St. Francis of Assisi holding a cross before and after restoration