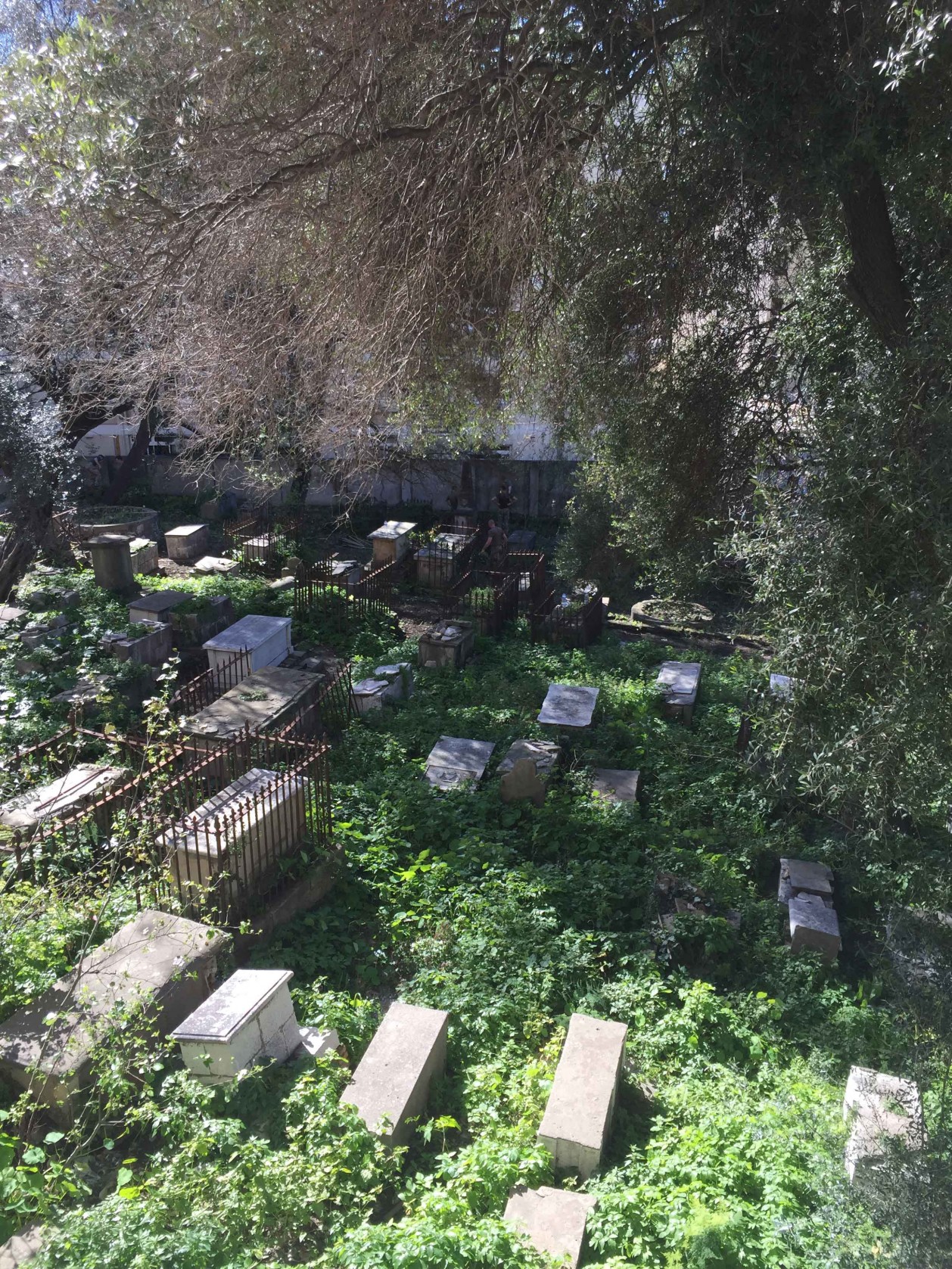 A project to clear, improve access to, and restore Witham’s Cemetery was kicked off on Monday morning by troops from a visiting Squadron from 10th Signal Regiment.

The Squadron has been in Gibraltar for a month standing in for the Royal Gibraltar Regiment whilst they are away conducting military training in the UK; the Squadron are also carrying out a number of community projects during their time on the Rock.  The team at the cemetery are led by Sgt Lee Moore of 225 Signal Squadron, usually based in Northern Ireland.

The Gibraltar Heritage Trust has been acting as the liaison to bring about action on this long dilapidated cemetery.

Reafina, the contractor for the adjacent Plata Villa development, will construct a new entrance and pathway that will improve access to the site which as the moment is a cul-de-sac with only one entrance at its northern end. Simon Vaughn, Director for Reafina said, “We are extremely pleased to be able to help regain a piece of Gibraltar’s heritage and at the same time contribute towards beautifying this area.”

Witham’s Cemetery houses the graves of over 300 people of all ages who died between 1765 and 1850. These were not only men in the services, the majority of the graves being those of their wives and children. Gibraltar was a Garrison in conflict for many years and living conditions were harsh and unsanitary - the supply of clean water being a particular problem. Many of the vulnerable died in 1787 in a smallpox epidemic and there are many graves of young children from this time. The cemetery has been long abandoned with some graves having been moved to North Front Cemetery about 20 years ago, but the vast majority of graves remain. Research is ongoing to locate the names of all those buried there as in many cases the tombstones have fallen foul of vandals – however, many do still survive in good condition. The area has, over many years, been the subject of clean ups instigated by the Gibraltar Heritage Trust, the Environmental Safety Group, and Scouts and Guides amongst others, but the Trust says it has always maintained the determination to find a lasting solution for this historic site.

Delilah Smith, Trust Chairperson, said: “We are really very excited about this project. We have been working for about a year now pulling all the pieces together. The support received so far has been excellent. Initially from Alex Dobbs and Alaine Navarro who put together a scheme for the cemetery, to the support from Reafina who refined and took the scheme on, to support from the Ministries for Heritage and the Environment. Theres still a long way to go. The initial phase is to clear the vegetation which is what the Royal Signals are undertaking, and this will be followed, in due course, by the installation of the new path. We have also had confirmation that the Friends of Gibraltar will be sponsoring the restoration of approximately 20 tombstones in the initial phase of the project. This will be a long term project that will run over a number of years, so we will be looking for further sponsorship in the future”.

The list of those contributing to the project is growing, but the Heritage Trust would at this stage like to thank Reafina, Royal Signals, David Seed, Greenarc, Anglo Hispano and the Ministries for Heritage and Environment for their support to date as well as Community Projects who have lent their support to the cemetery maintenance over the years.