The Gibraltar Heritage Trust is pleased to announce the sale launch of our 2023 Calendar. This year’s calendar features a set of newly discovered images of Gibraltar painted in the late 19th Century by Colonel Francis Seymour Leslie (1851-1925) during his military service in Gibraltar between 1876 to 1880.

The sketches and watercolours featured in this edition have been safeguarded by the Leslie family for generations until one of his great-grandchildren, Maurice Leslie, approached well-known local collector and restorer, Gil Podesta, some years back and told him about his family story. Maurice was keen for his Great-Grandfather’s story to be told and made accessible to the public and saw the Trust’s annual calendar as a way of doing just that as a tribute to Col. Leslie.

The scenes captured are of a tranquil and picturesque Gibraltar of the 1870s. Col. Leslie reproduces views of the Rock and from the Rock, and several scenes in the South District which is where he was seemingly barracked. He has a talent for capturing low-light, golden-hour and moonlit scenes which hark of a romantic Gibraltar and hinterland 150 years ago when streets were cobbled, and rural views characterised the landscape.

By purchasing this calendar you are helping the Gibraltar Heritage Trust to continue its work for the preservation of our local heritage and stories from our past.

Numbers are limited and calendars sold out quickly last year, so make sure you get your copy early to avoid disappointment.

Calendars will be sold at £9.00 from the Main Guard shop or online shop. (£8.00 for members upon presentation of a valid membership card)

Every effort has been made to ensure that all information is correct at the time of going to press. 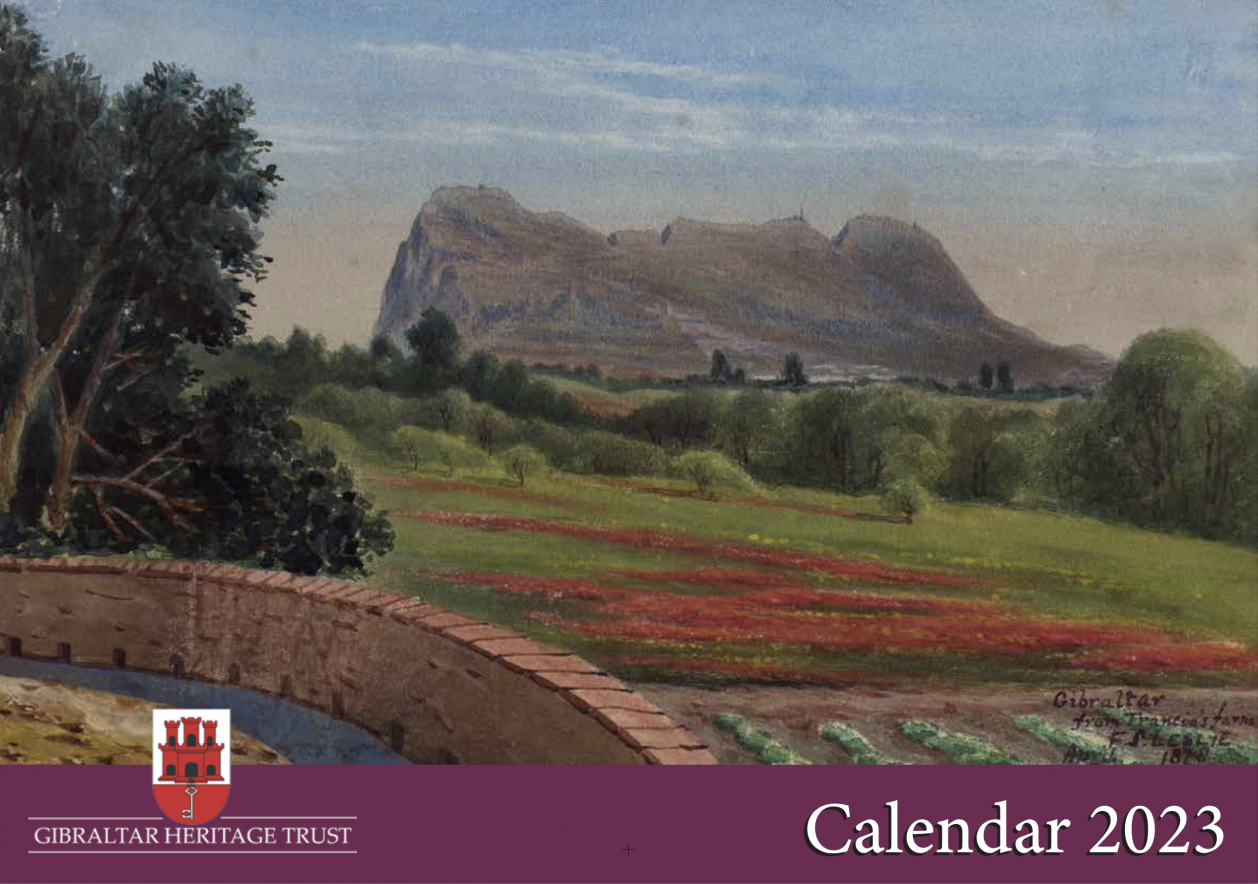 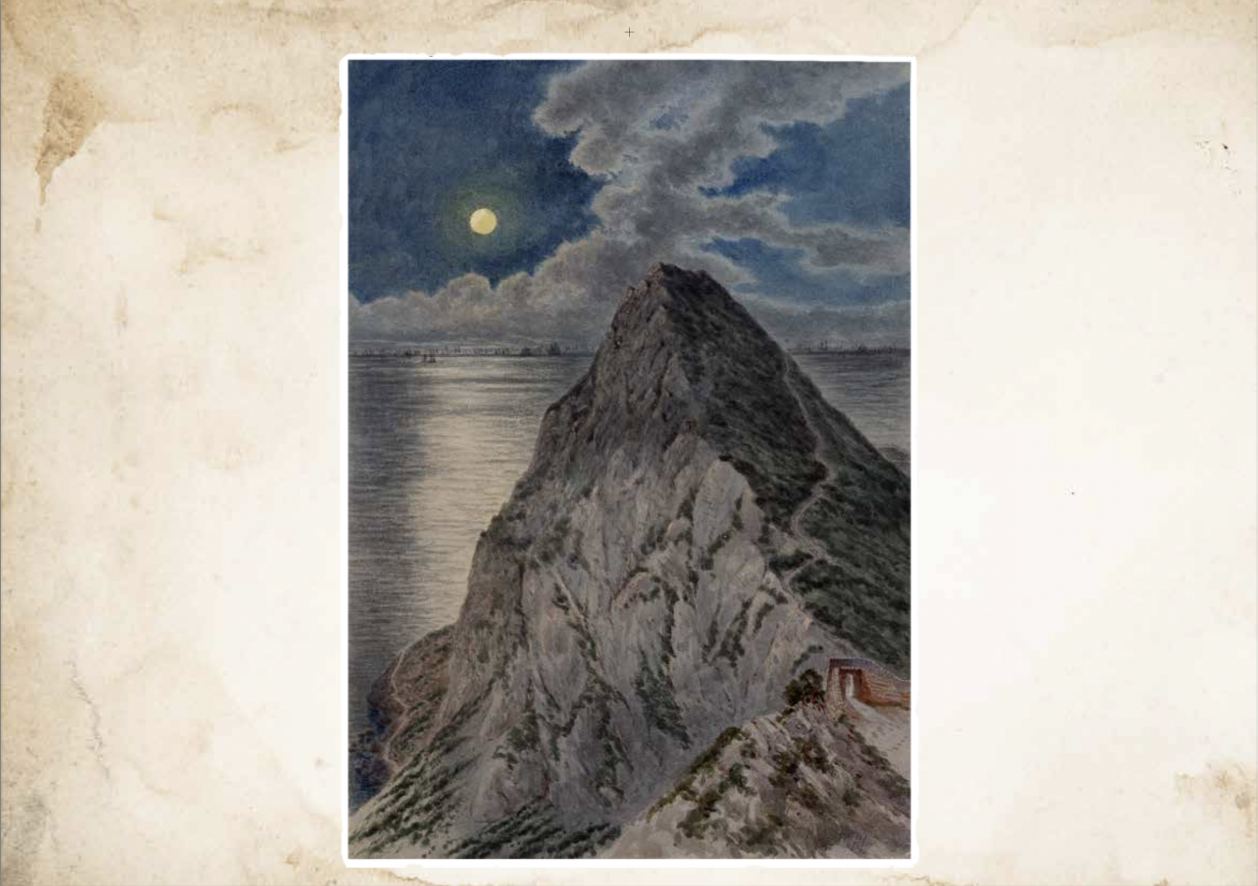 Above: Interior Image of June

Top of the Rock, Gibraltar, 1879
'A moonlit view from the top of the Rock, looking southwards from Signal Hill.
The 16th Century arch of the defence wall, completed during the reign of Phillip II of Spain, can be seen in the middle distance. This was the top section of Charles V Wall which runs from the Southport Gates up the western slope of the Rock.
The path to O'Hara's Watchtower (known as Folly) winds its way up the slope.
Access to the Upper Rock was strictly to military personnel. Perhaps Leslie was on night duty at Signal Hill when he chose to capture this view.' 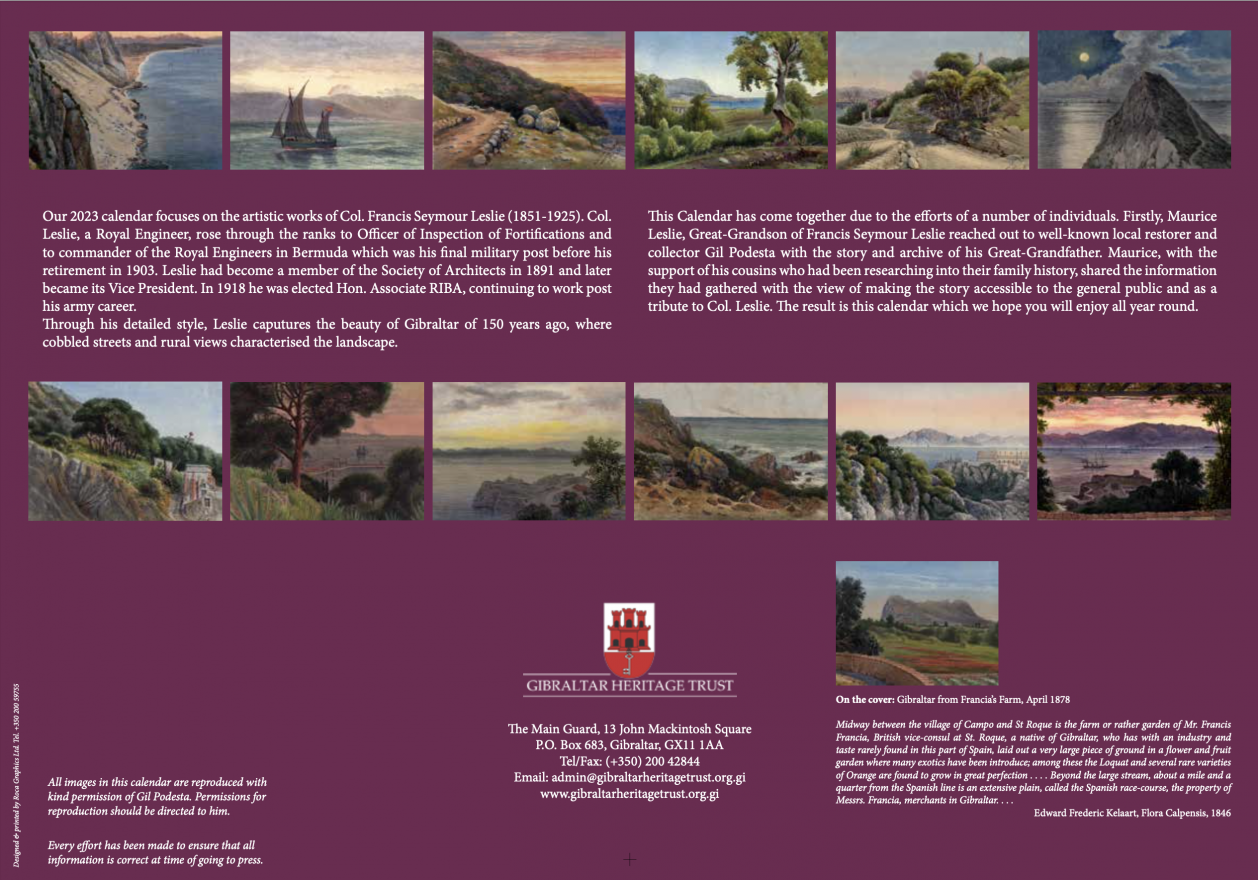