Release of The Mount for Expressions of Interest 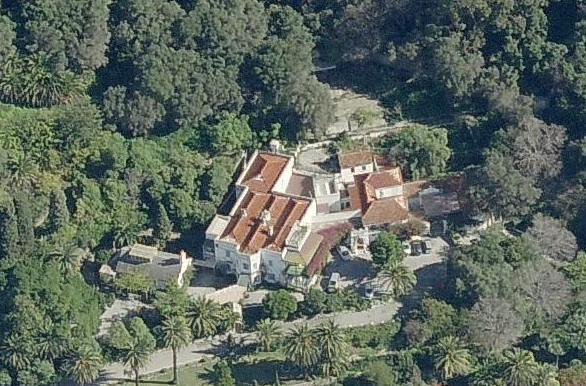 The Gibraltar Heritage Trust (GHT) and the Gibraltar Ornithological and Natural History Society (GONHS) are pleased to see the important historical and natural heritage area of The Mount released by the Government for expressions of interest, as per the official notice dated 13/03/15. Both organisations have, for many years, been concerned at the run down state of most of the Mount grounds and at the dilapidated state of most of its buildings. Both organisations feel that it is critical that any development of the site must be carefully managed within strict guidelines aimed at preserving and promoting the uniqueness and importance of the area.

We recognise that the Mount and its grounds provide an unparalleled opportunity for development and are mindful of the Government’s vision as outlined in the invitation for expressions of interest.

In this regard, and to provide the necessary safeguards for the protection of this unique site, we would recommend that the following be taken into consideration when examining the various schemes submitted.

The Mount is a multi-faceted site with many elements requiring protection and management. However, we also recognise that the Mount and its grounds provide a unique opportunity to provide Gibraltar with a multi-purpose facility that can cater for a multiplicity of needs, the prospect of which is exciting. The point of departure for our comments above are from the standpoint that we consider the site’s character is integral to its heritage value and appeal. It is crucial that any schemes proposed for the site take this into account as a key influencing factor.

Perhaps a model to be considered could be such as that used by the National Trust, where the public pays to enter the grounds and make use of the amenities within, such as for example a restaurant, exhibition or event rooms. Use of the grounds and facilities for weddings, commercial events, functions and catering would all generate income without compromising the site’s character. The redevelopment and use of this historical site needs to be based on a holistic vision with a commitment from a successful party not only to protect, preserve and restore the Mount’s buildings and grounds, but also to ensure its sustainable long-term management.

Historical Summary of the Mount and its grounds:

The history of the Mount dates back to before the Great Siege (1779-83), when Major William Green (1725-1811) was posted to the Rock as Chief Engineer in 1760 to strengthen the rock’s defences. In 1777 he was promoted to Colonel. Although Green’s official residence was Engineer House in Engineer Lane (today the site of Hindu Temple), he also acquired a private residence. In 1775 he was granted a piece of land in the south district on the proviso that he cleared it at his own expense. There, Col. Green built his house, which he called Mount Pleasant, a name later given by the Eastern Telegraph Company for the property in South Barrack Road.

During the Great Siege the Green family often lived at Mount Pleasant, where a bomb proof shelter had been built under the southern end of the tennis court – today used as a water tank. The family moved permanently to Mount Pleasant in 1781 after Engineer House was destroyed by a bombardment. Col. Green lived at the Mount until 1783, upon which point he returned to England, after having been stationed in Gibraltar for 23 years.

Until 1785, the Admiralty Commissioner in charge of Naval Stores had lived in Irish Town, but by the end of Siege so many buildings were in ruins that the Admiralty decided to rent Mount Pleasant from Col. Green until finally buying it from him in 1797. The original Navy residence was built in 1797 and was further extended in 1811. The Navy renamed the property The Mount. Major alterations followed in 1846, the stables were built in 1859 and the property was further enlarged in 1905. The building has over the centuries been home to various Admiralty Commissioners, Senior Naval Officers, Admiral Superintendent, Flag Officers and the Commander British Forces (CBF). Altogether some 74 Senior Naval Officers.

Its grounds are home to many mature specimens and one of Gibraltar’s only woodland habitats (most areas of Gibraltar were stripped of trees post Great Siege in the search for building materials). Over the centuries, visiting dignitaries to Gibraltar have planted trees, such as King George V in 1912 and as recently as Princess Anne in 2004.

Since the land and buildings were returned to the Government of Gibraltar in 1998, there have been numerous proposals for its use ranging from an International Music Conservatory to a study centre of Mediterranean Studies, to a Parador style hotel.