Ian Balestrino is the new Chairman of the Gibraltar Heritage Trust. This will be his second time as Chair having already served from 2016 to 2020. A strong supporter of all heritage matters, he has served on the Board of Trustees for nine years.

Mr Balestrino said he was pleased to have been given a second opportunity to serve as Chairman of the Gibraltar Heritage Trust. 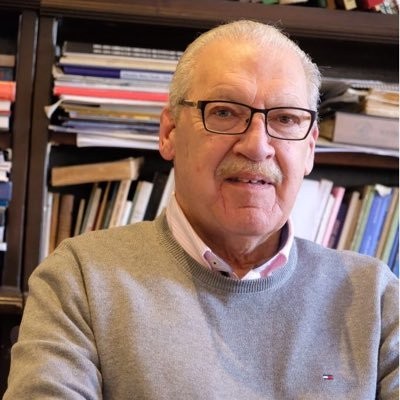 On taking up his new appointment Mr Balestrino said it was important for everyone to find their own personal connection with the Rock’s heritage, and how individually, each and every one of us, has an association with some aspect or aspects of our past.

Mr Balestrino said: “These come in many shapes and forms and have a particular meaning to each and everyone. Collectively they make up our history, customs and culture. It is vital to maintain these features of our past by conserving and preserving as many of the assets that still remain. Admittedly not all can be preserved but we should thrive to safeguard as many examples as we possibly can, whether a battery, a monument or building. This is particularly important if it is the last remaining one. Surely this is not asking too much?”

Meanwhile Dr. Keith Farrell who stepped down as Chairman at the recent AGM will continue on the Board as Vice Chairman.

The most recent appointment to the Board of Trustees is Sue Davies, a heritage consultant and archaeologist, who recently worked with the Gibraltar National Museum and the Gorham's Cave complex. Ms. Davies, a new Government appointed Trustee, is originally from the UK and has worked in the field of cultural heritage, notably World Heritage Sites and UNESCO for many years.

At the annual AGM held at the John Mackintosh Hall on Thursday 24th November, Simon Mason, a former Royal Navy Officer and currently Owner/Director of three UK SME companies, was elected to the Board of Trustees. Trustees Francis Silva and Ray Payas, were also re-elected for a further term.

At the AGM, Minister Cortes spoke of the aims of the Ministry for Heritage as well as his personal hopes for heritage in Gibraltar, adding that we had made small achievements in the past few years, with the restoration of the Old Lime Kiln in the Upper Rock, the recent refurbishment of the Great Siege Exhibition and restoration and opening of the Nun’s Well, but understood there are many more projects and issues which need urgent attention. A positive announcement during his speech was the clearing of vegetation from The Tower of Homage, an issue which the Trust has raised many times in the past.

Meanwhile Chief Executive Officer, Claire Montado, gave a summary of the Trust's achievements and challenges in the past year, pledging the Trusts fight for the protection of Gibraltar’s heritage against pressing issues, and in particular over-development.