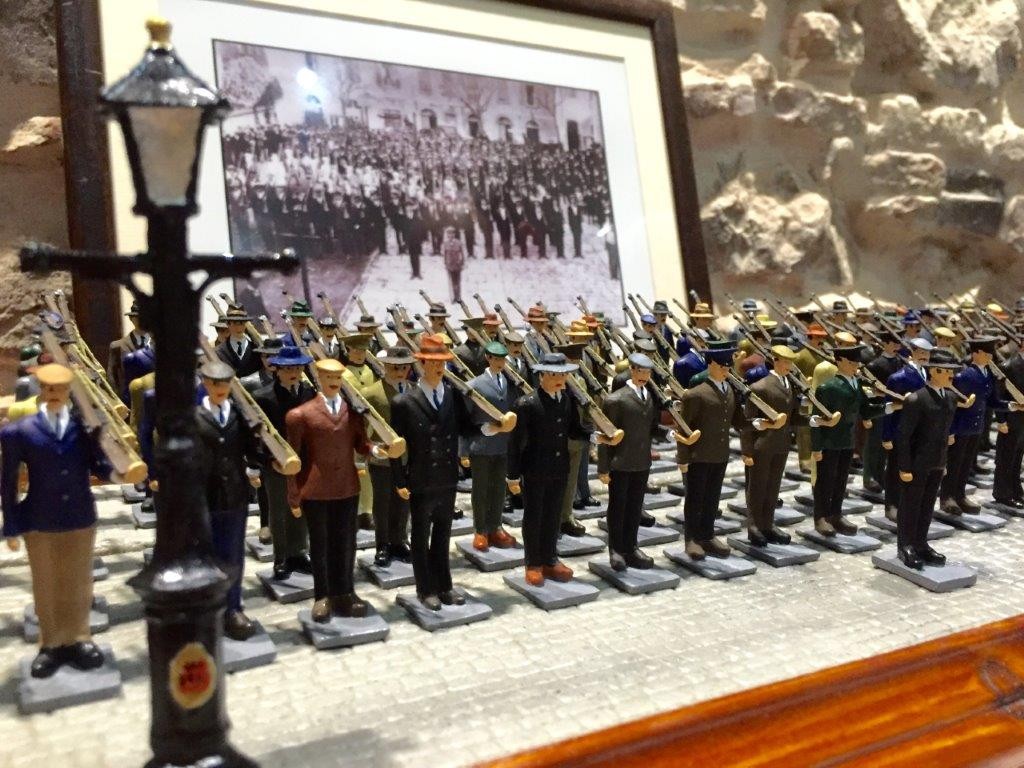 Thursday night saw the presentation of a scale model of the Gibraltar Volunteer Corps (GVC) to the Gibraltar Heritage Trust. The model is the product of 14 months of research and work by Joe Martinez and Andrew Rowbottom who have painstakingly been carving, casting, assembling and painting the models as they have assembled the diorama to show the first intake of the GVC in 1915. The pair were inspired by a photograph in the 2014 Gibraltar Heritage Calendar which showed the first intake of the GVC on parade in John Mackintosh Square.

The Gibraltar Volunteer Corps Ordinance was approved in May 1915. The idea was initiated in the Calpe Rowing Club where there was a strong feeling that local men should be contributing to the war effort. The strength of feeling soon spread throughout the community. Enrolment started on the 3rd July and by the 31st July 357 had enlisted, this number swelling to 441 by the 27th September that same year.

During the project period Mr Martinez and Mr Rowbottom have carried out further research into the activities of the GVC. They discovered for instance that Alameda Grand Parade was fitted and illuminated with electric lighting by the Sanitary Commission so that the GVC could carry out their evening drill. Members of the GVC were required to carry out a minimum of 5 drills per month but in actual fact it seems most attended 3 or 4 drills per week showing the commitment there was to serve. Uniforms were issued on the 2nd Sept 1915 with Enfield converted rifles being allotted on 6th December 1915. Interestingly the rifles in the photograph were actually stage props from the Rialto and were used for rifle drill.

In his research, Mr Martinez came across Regimental Order 212 issued by Major Cooper that read “During the winter months, Officers, W.O.s, N.C.O.s and men may wear plain clothes at parades”. There was obviously a shortage of winter issue uniforms at this time. During the War the GVC provided substantial reinforcement to assist in the defence of the Rock. The GVC was disbanded on 1st February 1920 sometime after the end of hostilities.

In presenting the diorama to the Trust, Mr Martinez said ‘I hope that the Trust enjoy safekeeping this diorama. It is just one example of what could be done with military museum miniatures’.

The Model will be on display in the ground floor exhibition area of the Main Guard until early in the new year. 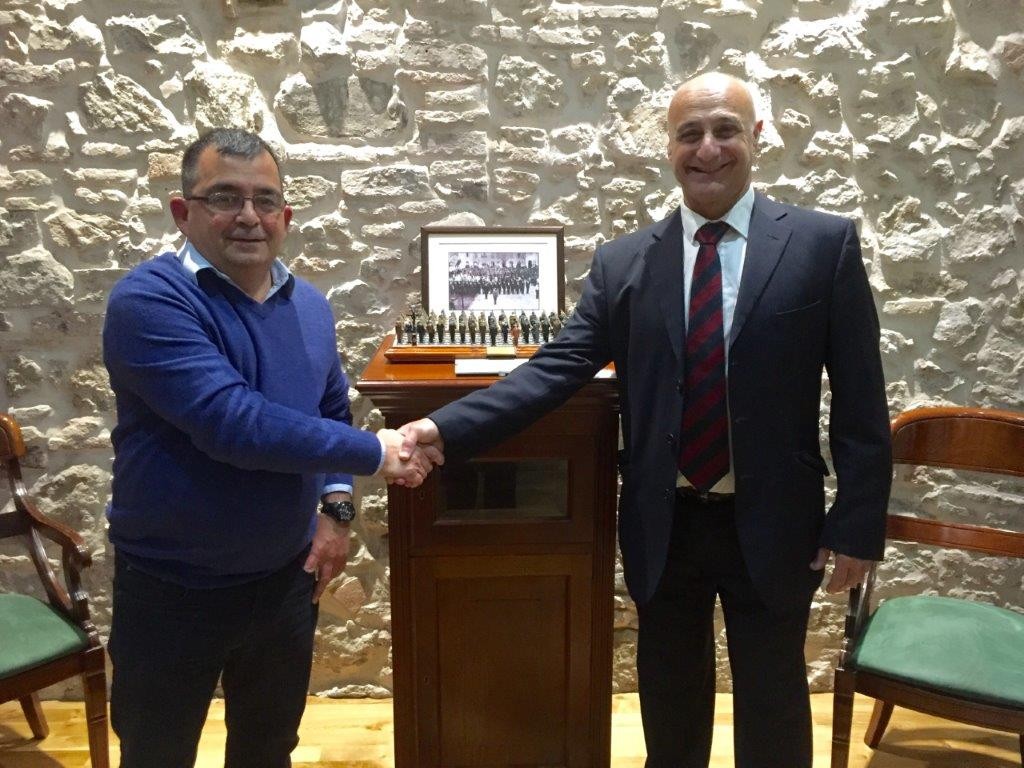 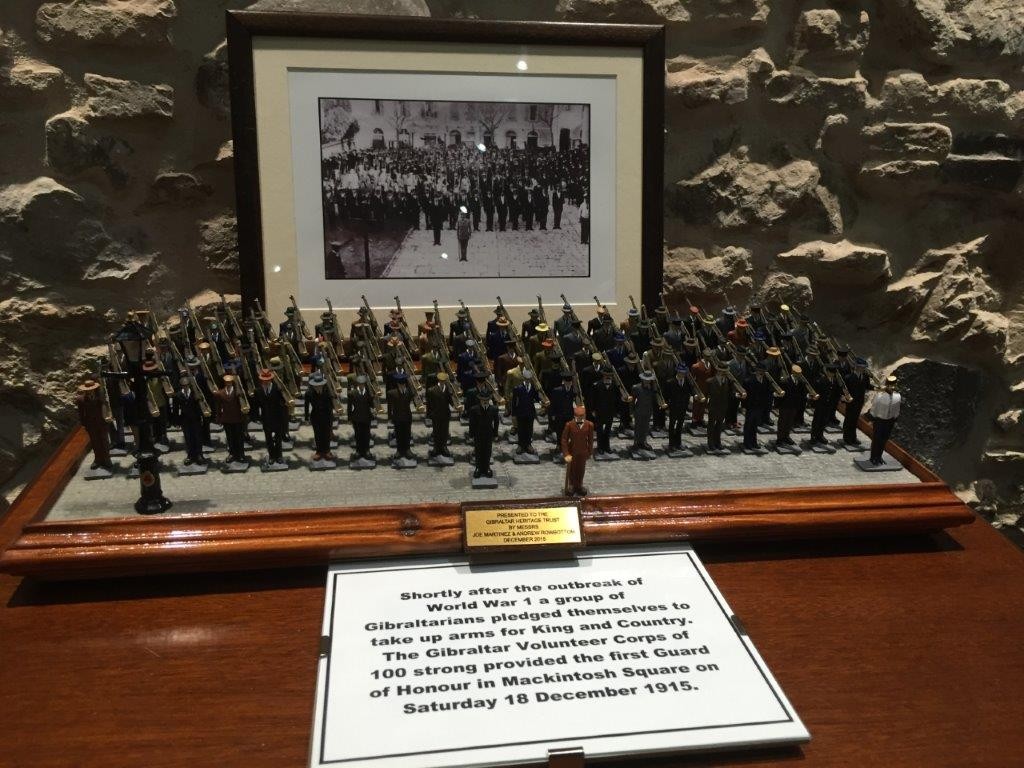