The Gibraltar Heritage Trust is pleased to announce the release of a pin badge to commemorate VE Day, Victory in Europe. The badge is a replica, though with an integrated ‘75’, of that brought to our attention by Archivist at The Gibraltar National Archives, Anthony Pitaluga.

Many different badges were produced at the end of the war to commemorate the day and gifted to those serving and the general public. This particular badge features a ‘V’ with the wording Victory and a ‘dot dot dot dash’ (morse code for the letter V) reading down the other side of the V. The V for Victory propaganda campaign was originally put forward by the exiled Belgian Minister of Justice who integrated it into his broadcasts on BBC Radio. However, Winston Churchill made the campaign famous and it became his signature in press photos.

This year celebrates 75 years since VE Day and with much of the world still in lockdown due to the Coronavirus pandemic we will have to wait a little longer until we celebrate. There have been many parallels drawn between the sacrifices of the war generation and our own in the way we unite and show resilience, resourcefulness and community spirit in the combat of the virus. We hope our badge serves as remembrance to all those who sacrificed so much during WWII, with the greatest sacrifice being their lives, and a reminder that we must continue to work together to overcome the hardships of the current period in the history of our planet.

Pin badges cost £2 each. Due to current circumstances we are asking that people reserve their badges via this order form https://execgibtrust.wufoo.com/forms/q1r4igfs1lny4pq/  They will be available for collection as from 11am on Tuesday 19th May at the Heritage Trust Shop in John Mackintosh Square. Social Distancing rules are to be observed. 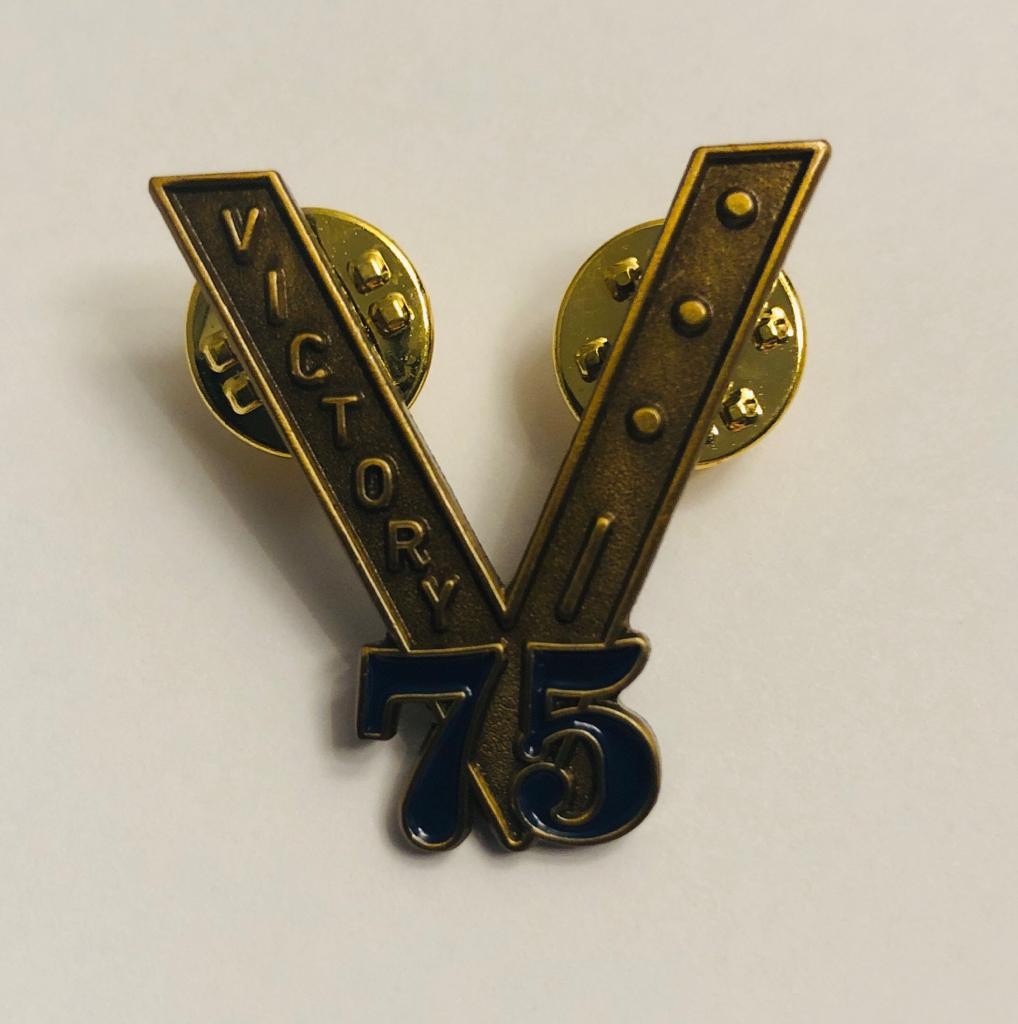