Mr Daniel Lanigan - for sharing his oral history of the Old Army Bakery at Town Range.

Over a number of sessions with his neighbour Stanley and Trustee Alfred Sacramento, Mr Lanigan gave his memories of working in the RASC Bakery at Town Range in the 1960’s. The information given was recorded on video and then made into a presentation which was shown by the Trust at it open day in April earlier this year. Mr Lanigan is housebound and therefore has not been able to join us tonight, but we hope that this commendation encourages others to share and record their oral histories for the enrichment of our historical record. 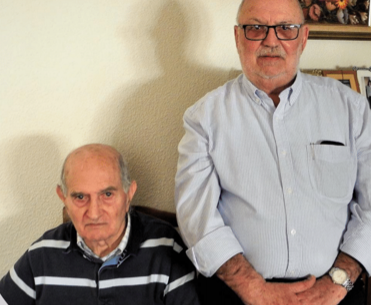 Mr Louis Pereira – for promoting heritage awareness surrounding the evacuation and links with Madeira & Malta. Genealogical research over many decades leading to the trees of over 100 families being researched and prepared.

Mr Pereira is a very well known figure in our community for the reasons I have just noted, amongst others. He has been awarded internationally for his promotion efforts in 2013 with the Gold Medal of Merit awarded to him by the Funchal Council in Madeira. Over the years he has led over 1,000 Gibraltarian tourists to Madeira to explore this element of our heritage, as well as numerous trips to Malta with the same aim of promoting links.

In addition to this side of his activities, this award also recognises the genealogical research Mr Pereira has carried out over the years into the production of local family trees, with over 100 families and their roots being documented. This body of work is an important part of cataloguing and cementing the Gibraltarian identity and origins of our people.

Mr Gerald Lopez – for his lifelong dedication to the craft of traditional boat building and promotion of boat culture at Catalan Bay.

Mr Lopez is quite unassuming about the significance of the craft that he has dedicated his life to and the element of our maritime and fishing heritage he is keeping alive.

Catalan Bay has seen a steady decline in its fishing tradition in the past 30 years with only a handful of people who still continue to fish. The boat culture is something very dear to the village but has seen little encouragement to continue with the upkeep of these vessels. The craft of making and restoring wooden boats is now solely in the hands of Mr Lopez who has continued with this work despite the many challenges that have come his way. 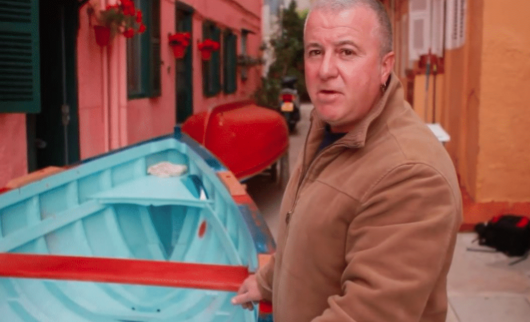 Idan and Ruth Greenberg – for the sensitive renovation of 8-10 Booths Passage, retaining vernacular features and contributing to the regeneration of Gibraltar’s Old Town.

This building was purchased by the Greenbergs under the Government’s tender scheme aimed at regenerating buildings within Gibraltar’s old town. The Greenbergs have worked on the property since 2014 addressing many of the issues in the building which was derelict and in a state of collapse in parts. The project has seen the building restored and transformed with attention to vernacular details into a family home full of character and unique quirks and now stands out as an example to what can be achieved in this area of Gibraltar. 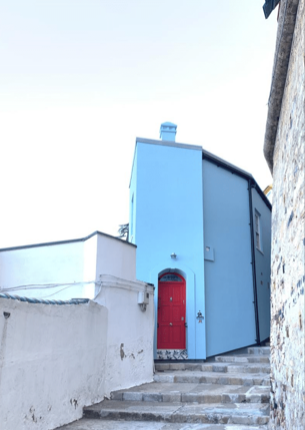 Red Fox Limited - for the dedicated and determined restoration of the façade at 1-9 Giro’s Passage with handmade replica tiles.

Although its address is Giro’s Passage, this building fronts onto Main Street, and it a key building contributing to the character of the square. The building has been in peril in the past when its complete demolition had been applied for on the grounds of ‘non economic viability’. The Bassadones took on the building with a vision to retain as much of its vernacular character as possible, whilst also sympathetically extending it. The façade was a key part of this project. Covered in handmade tiles, many of which were broken, they were faced with finding a source for replacements, eventually hitting on a tilemaker in Seville who was working out of his shed. The successful renovation of this building is a story of how vision and perseverance can triumph.

Mr Andrew Brookes- for the sensitive restoration of the 'Villa' at 3 Library Gardens.

This large villa has been split in two over the decades with many of its vernacular features obscured and mistreated. Mr Brookes has re-exposed and restored many of these features such as the balcony terrace which had been enclosed with unsightly aluminium windows, reexposing the cast iron columns and balustrade that were still there. Of note is the repair and restoration of the timber cupola in the roof of the building which previous to his intervention we had been in danger of losing altogether. There are many other features within the property that have been restored and enhanced such as fireplaces, floors, windows and doors, as well as the large marble staircase running up the house which has previously been blocked in. 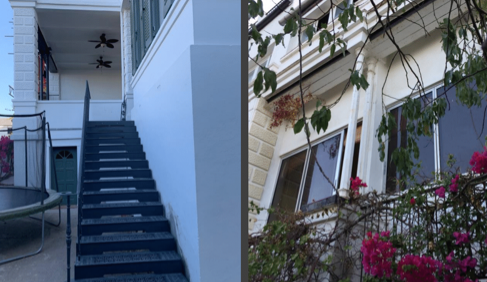 Ministry for Heritage – for the successful translocation of the Dockyard Gatehouse, a heritage building now protected for posterity.

The story of this small but significant building has been well documented since its total demolition was first mooted by the MOD in 2014. The intervening efforts by the Government to ensure that the building was not lost altogether were substantial and then down the Ministry for Heritage to ensure that it was removed and translocated in the same operation rather than being ‘stored’ as was originally suggested. The building is now listed, so protected under law, and although is still pending its final use, there is a project to do so which will allow it to be of benefit to the public. 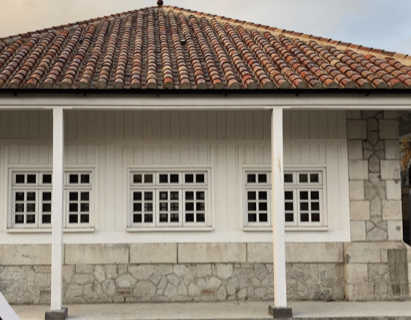