The Gibraltar Heritage Trust (GHT) held an event at 2:15pm on Monday 6th June to officially re-open Witham’s Cemetery to the public with the unveiling of a commemorative plaque by the Hon Dr. John Cortes, Minister for Heritage. 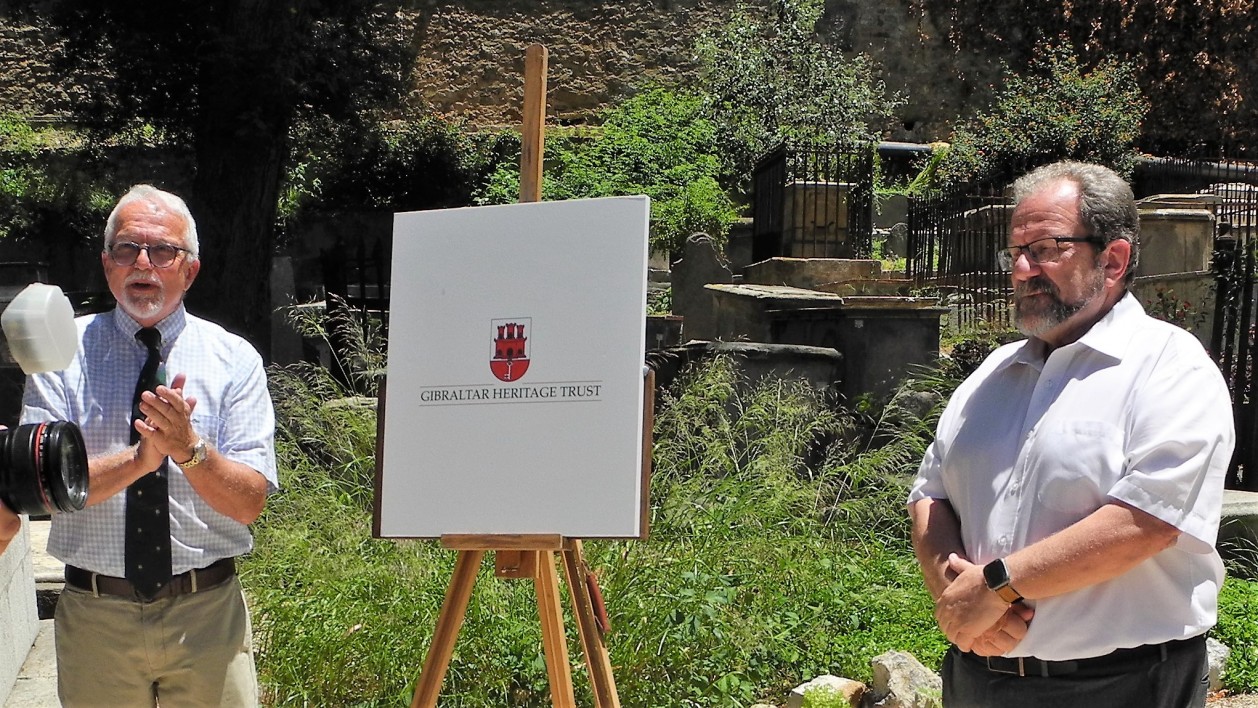 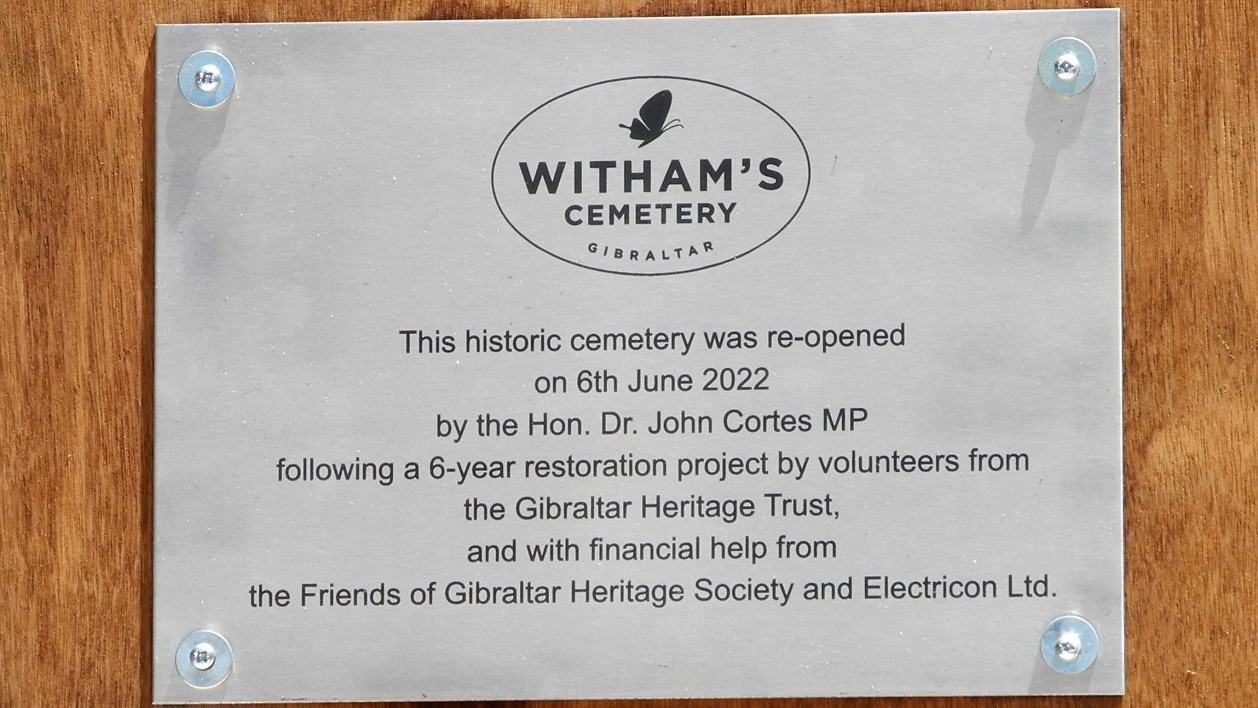 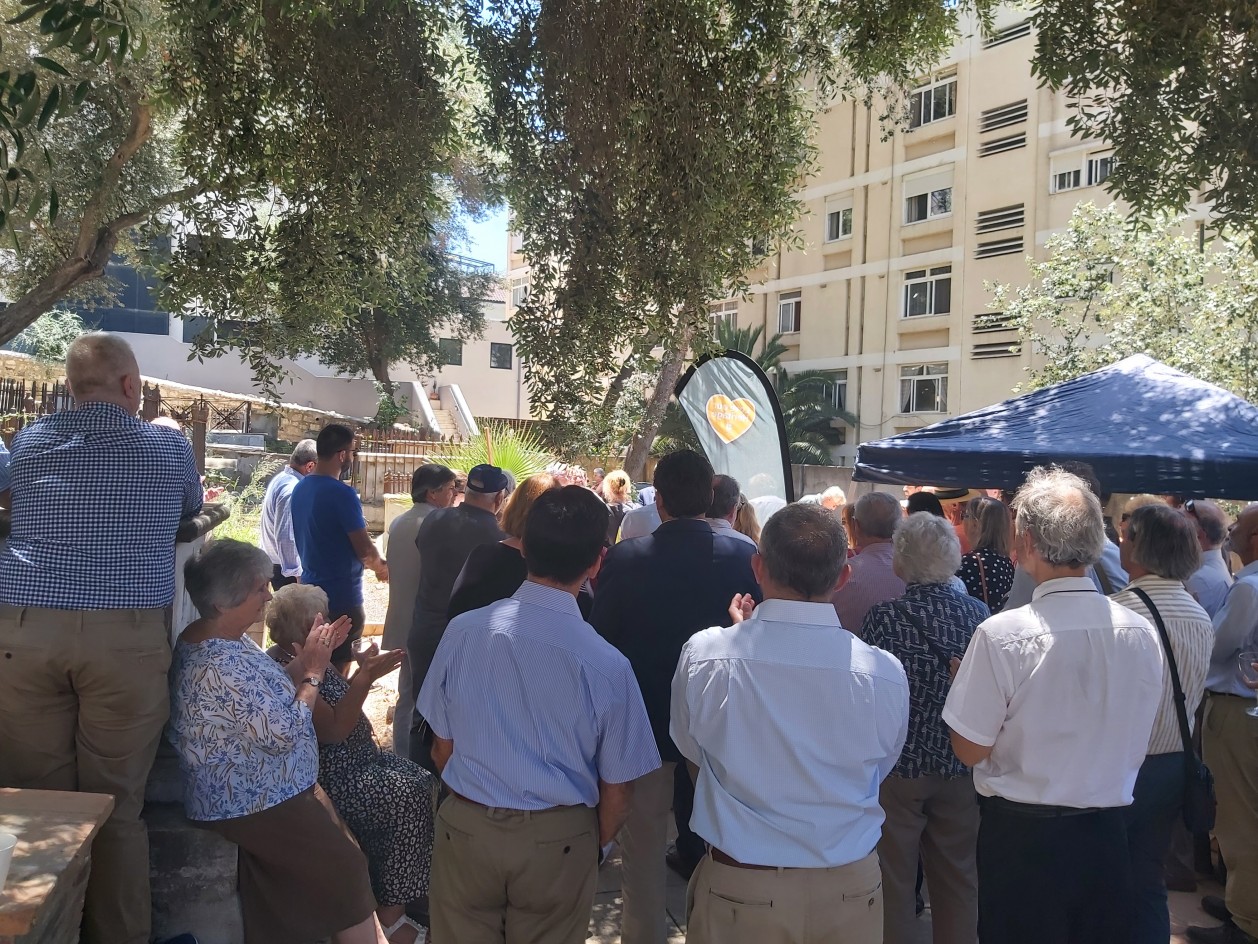 Guests at the event.

The project to restore and recover the cemetery from the point of dereliction began in 2015 and has taken 6 years of hard work and dedication from a team of volunteers led by Trustees Dr. Keith Farrell and Mr. Charlie Lugaro. Over 16 regular volunteers have been involved throughout the project as well as occasional work parties from local firms or interest groups. Together, their formidable efforts have recovered this green space and given a dignified and respectful resting place for the over 233 individuals buried there.

Witham's Cemetery, also known as The Officer’s Cemetery and Sandpits Cemetery, is located between Knight's Court and St John's Court in the south district (Witham’s Road/St. Joseph’s Road). Named after Captain Witham, an 18th Century British Officer who was involved in the Great Siege of Gibraltar, this cemetery is primarily the resting place for officers and their families, as well as members of the colonial establishment of the time. Although these burials date from the late 18th to early 20th Century, the majority of burials found here are from the first to the third quarter of the 19th Century. It is estimated that over 20% of the graves here are that of children. This high child mortality rate, low-life expectancy was typical of the period.

In 2014/2015 The Gibraltar Heritage Trust decided to begin works to conserve and restore the site, especially as the old St Margaret's School, formally Plata Villa, had come up for re-development. With the help of various volunteers and the developers, Electricon (Reafina), plans were put in place to bring the site in to the public domain by proposing a pedestrian path through the cemetery from Upper St Joseph's Road through to the cemetery's present entrance at Sandpits magazine. Various entities and organisations were brought in to help with this project, including the Friends of Gibraltar Heritage Society and various Government departments notably the Ministries for Heritage and Environment, with the project managed and supported by volunteers and Trustees from the Trust. Volunteers are on site once every week carrying out a range of tasks which include basic grave restoration, the clearing of paths, weeding, general clearing of areas, as well as historical research.  The team is made up of people with various skills but all with a love for our heritage. The graves themselves have been reconstructed where possible using recovered material and many of the vandalised and broken marble inscriptions have been recovered from the soil and put together for further restoration. The pathway has been built by the developers. 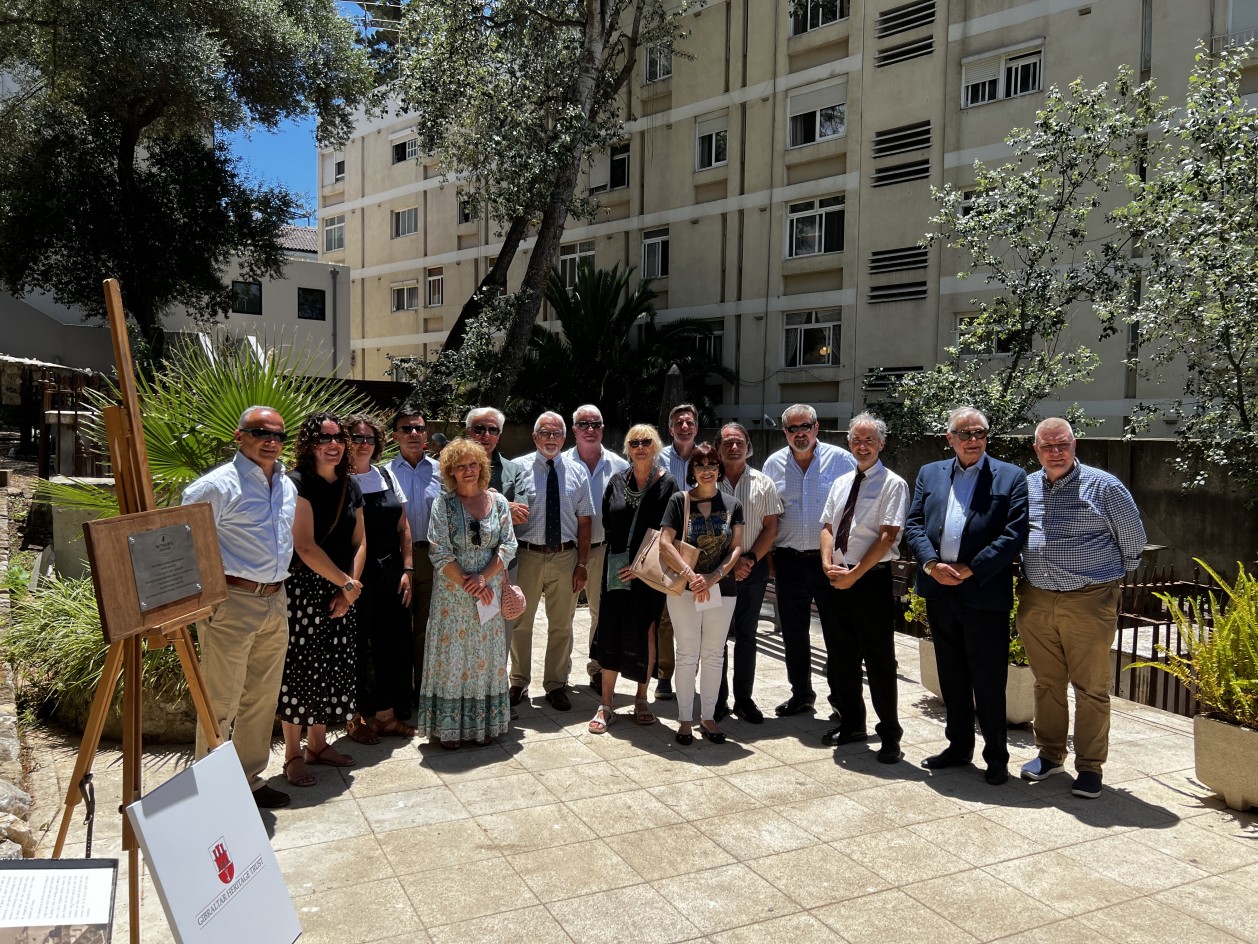 Volunteers of the Project

Guests at the re-opening included the volunteers from the project along with Minister for Heritage, The Hon. Prof. John Cortes; Minister for Tourism, The Hon. Vijay Daryanani; and Minister for Housing, Employment, Youth and Sport, Steven Linares, members of The Friends of Gibraltar Heritage Society, and representatives of the various firms that have supported the project over the years.

The cemetery will be open regularly as from next week. 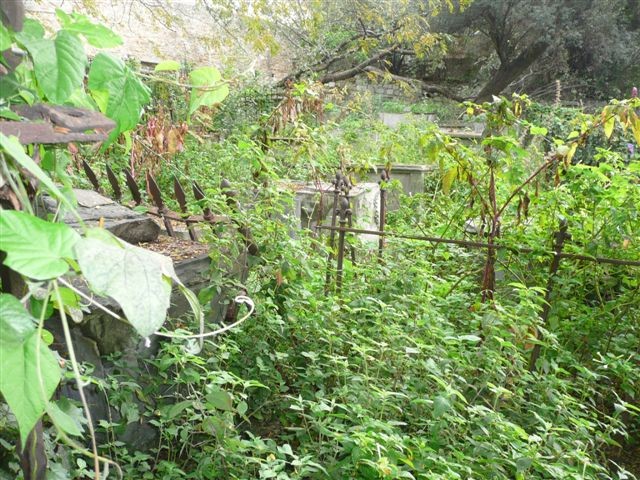 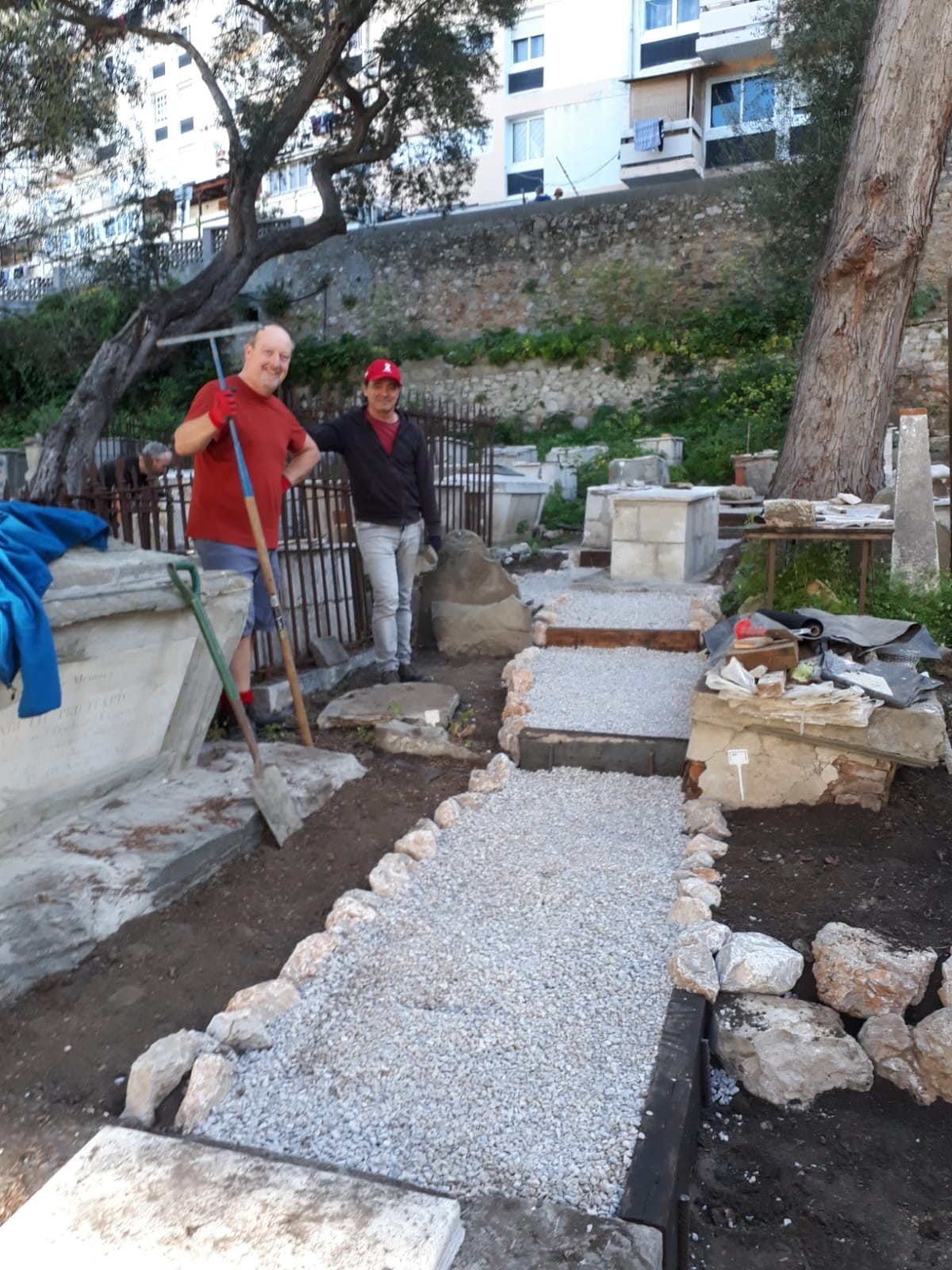 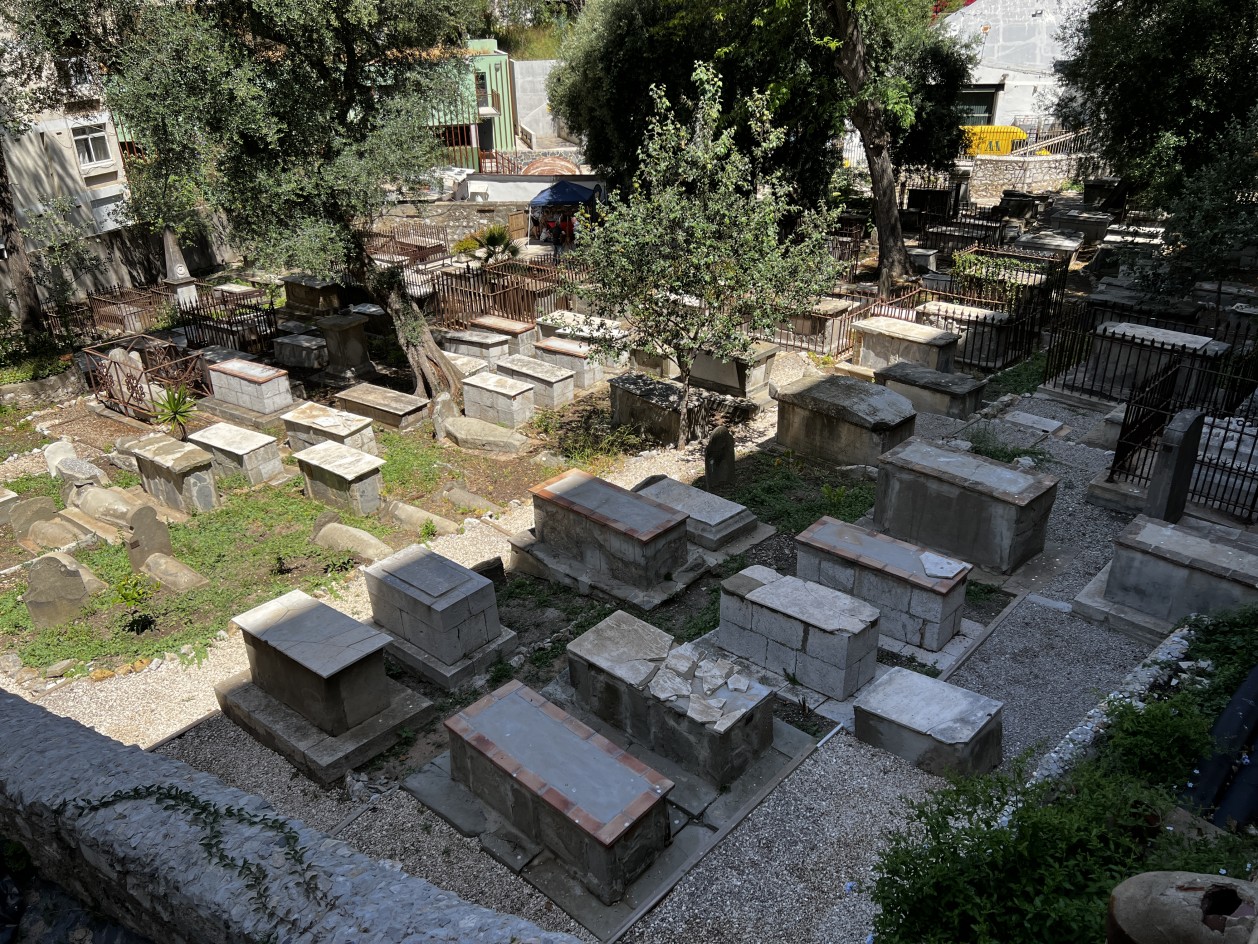 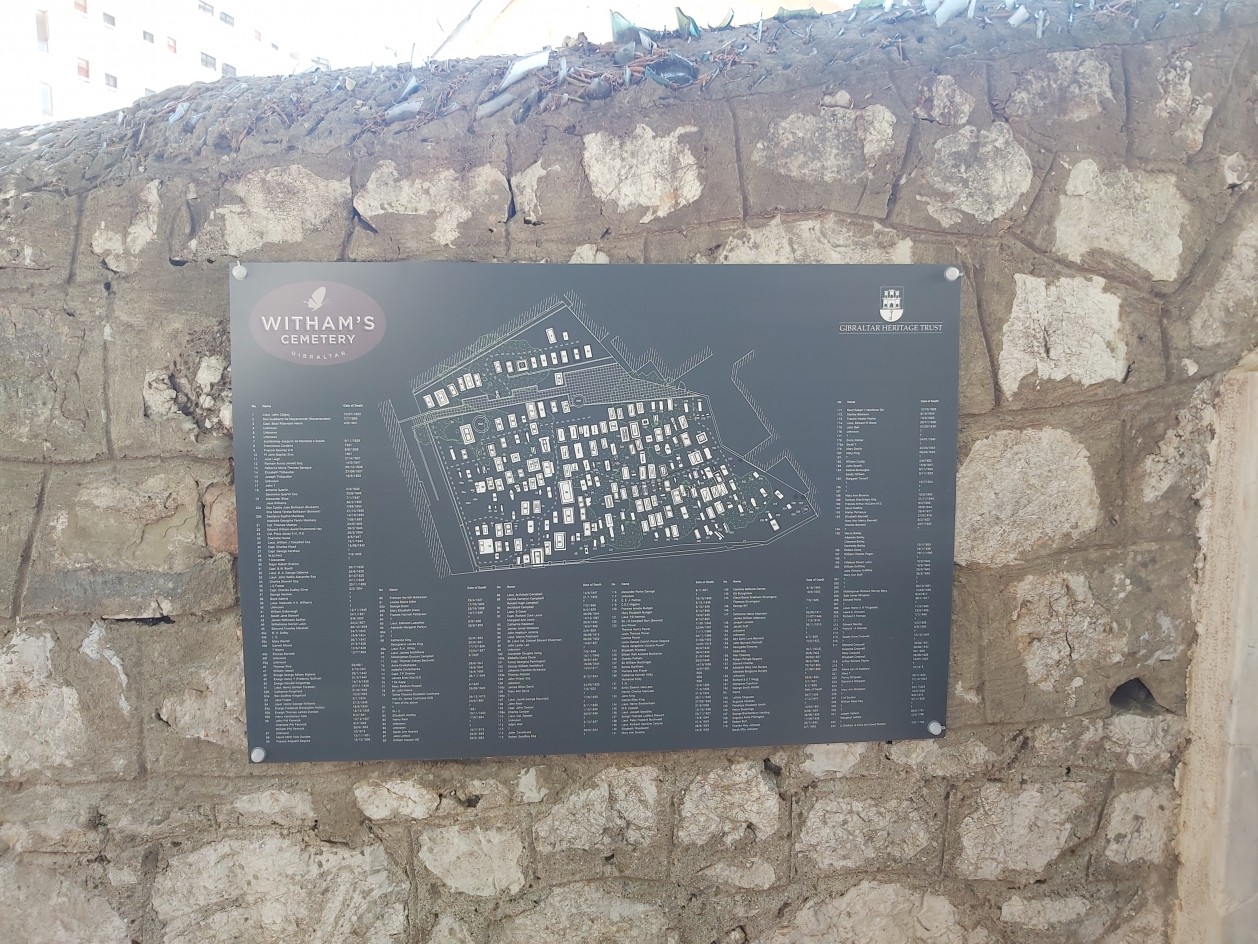 Burial Board installed on the wall. 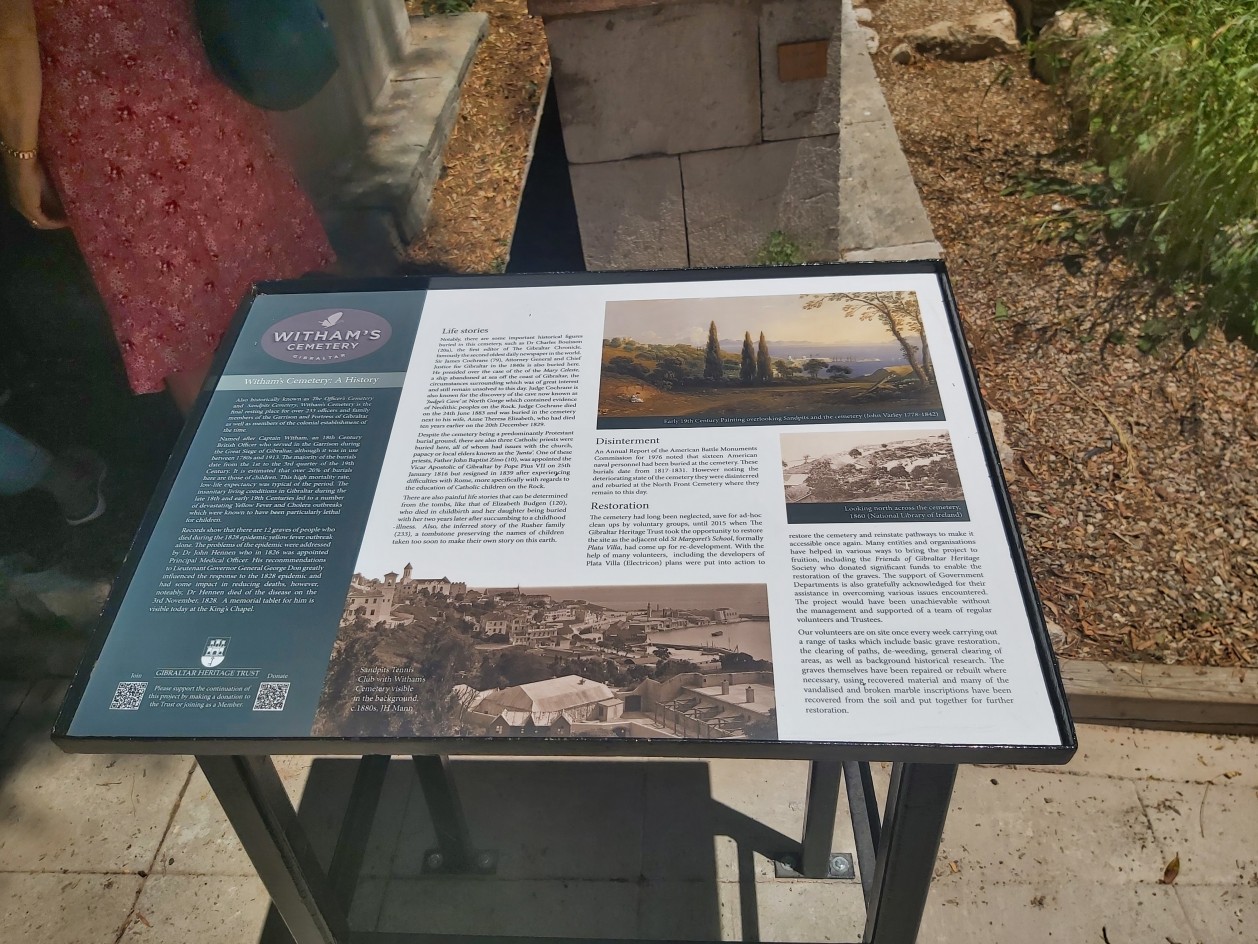